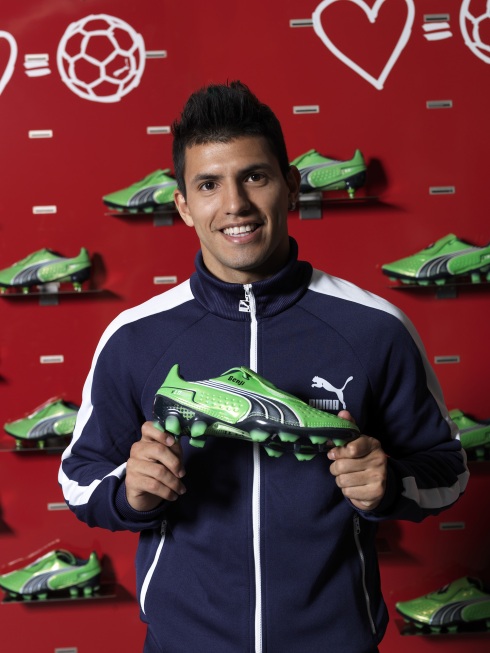 It’s official people! Sport-locker.net can now publicly bring you the news that Sergio Aguero has signed a long-term contract with PUMA – and he’ll make his debut in his v.1.11 football boots tonight in the Champions League against Napoli!

The Argentinean striker will wear PUMA’s speedsters in the lead green colourway.

Aguero has been testing PUMA boots in recent weeks, but wore blacked-out versions for matches. But now he’s free to wear them in all their glory! 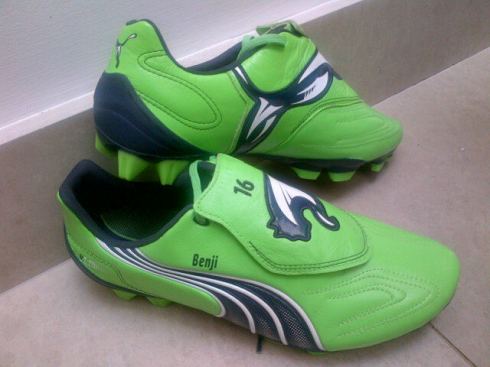 He tweeted a photo of his new boots yesterday – so we knew this announcement was imminent.

The performance characteristics of the PUMA v1.11 speed boot was a major reason for him signing the contract with the brand. 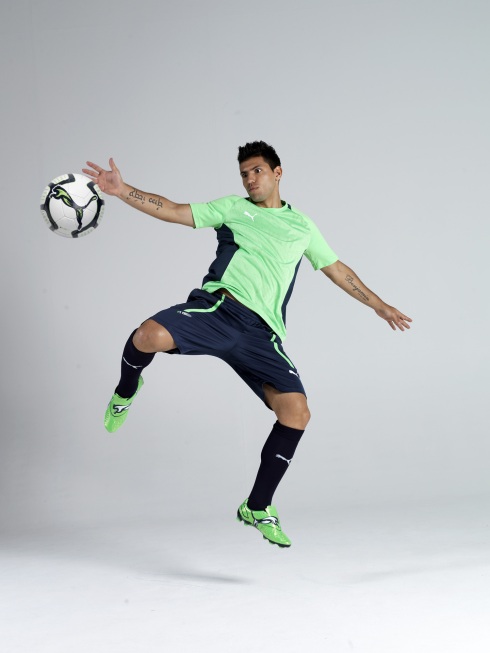 According to PUMA, having a lightweight football boot with K-leather composition that enables freedom of movement and speed on the pitch was an absolute requirement for the Argentinean international.

Aguero said: “I am really happy to sign with PUMA.  It is clear to me that PUMA is a fantastic brand; they’ve made a great impression on me with their product designs, marketing plans and future intentions in football.

“I’ve been wearing the PUMA v1.11 boots on pitch recently, they give me a real edge and the confidence to play to the very top of my ability.

“This is a great stage of my life that I’m in now, I’m excited to be starting this next phase of my career with Manchester City, and my new partnership with PUMA is another step towards achieving my dreams.” 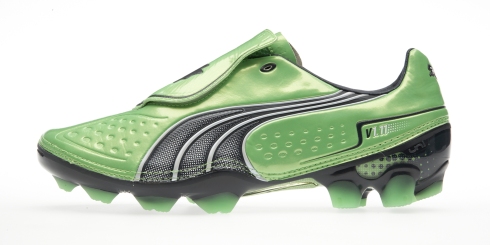 The v1.11 boot that Aguero will wear is amongst the lightest football boots PUMA has ever made.  It is the third generation boot that uses the special UNI technology, where the upper material is stitched rather than glued to the sole, providing the perfect fit by perfectly replicating the unique PUMA Aptolast.

In addition, the v1.11 enables greater playing stability, through an external heel counter and a Pebax frame that provides support to the outsole. This increased stability also enables an optimal traction as well as manoeuvrability, provided through the pointed stud configuration featured on this new boot. 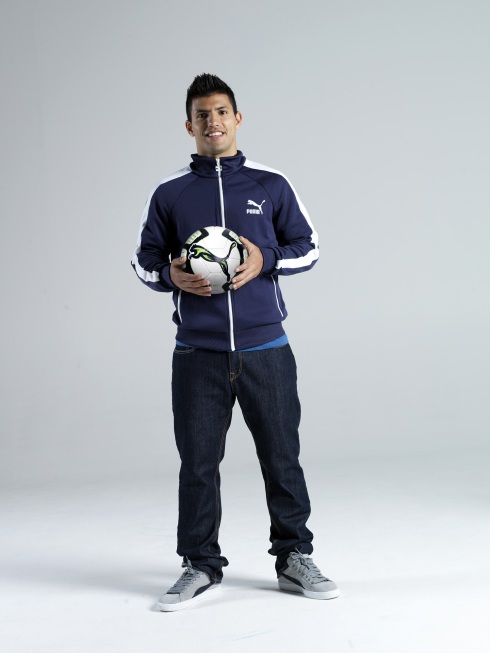 What a coup for PUMA! This has to go down as one of the brand’s most impressive signings in their history.

Legends such as Pele and Cruyff have worn PUMA, and now you can add Aguero to the list – unbelievable!

Sport-locker.net caught up with the striker and the interview will appear on the homepage tomorrow – so keep logged in!

What do you think of Aguero signing with PUMA? Will other players now flock to the brand? Let us know via the comments section below or on our Twitter and Facebook pages.