In a world so flush with football boots immersed in technology and varying fabrics, it’s sometimes easy to forget that you just can’t beat a classic pair of leathers.

And what a select group they are; the PUMA King, Umbro Speciali and Adidas Copa Mundial are a few that springs to mind – masterpieces that stand the test of time.

But those hardcore football boot fanatics out there will surely agree with Sport-locker.net when we say there’s a boot out there that optimises class, yet is still relatively underused and underexposed by pros – the Mizuno Morelia!

So you can imagine how happy we were when Mizuno decided to send Sam Van Gelder a pair of boots from the Morelia family – the Mizuno MRL Club – to try out and put through a rigorous playtest for review.

And here is how it scored:

I’m not going to lie, I was somewhat disappointed when I took the MRLs out of the box for the first time. I knew they were never going to feel as soft as the Morelia, but it’s hard not to compare the two, and the upper felt almost ‘cardboardy’.

That said, they still look like a very stylish football boot. I’ve always wondered why the Morelia was so popular in South America but not quite the same over on these shores – it really is a classy looking cleat, albeit a little ‘old school’ in its makeup. 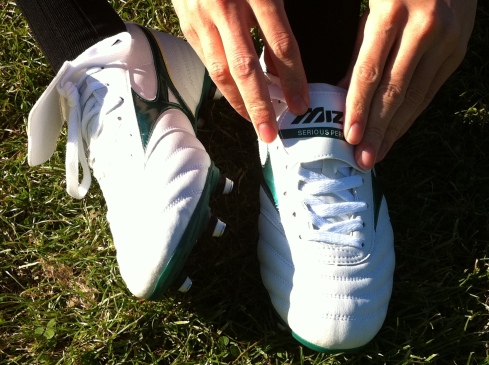 What’s immediately apparent when I first put them on my feet is that they were a little large in size – at least by half a size but maybe even a full one if you want a more glove-like fit.

Although the sockliner is a little crispy as opposed to cushioned, they were still relatively comfortable. I’m a big fan of how far the laces cover the top of the foot.

Reaching further down the foot when compared to other football boots, they allow you to tighten along the full length of the boot, which creates a much more customised fit.

Despite the ground being relatively firm, the soft ground studs seemed to cope very well.

Granted, it took some getting used to the standard conical stud sole-pate (especially because I’ve been wearing current models with studs with better traction), and it’s fair to say that without anchoring studs you don’t get the same sense of acceleration.

But turning and running was made smoother with the use of a superb heel counter – the most solid I’ve ever encountered!

It makes you appreciate just what a solid heel counter can do for performance. You feel much more safe and protected than in most of the current boots on the market (not mentioning any names!) 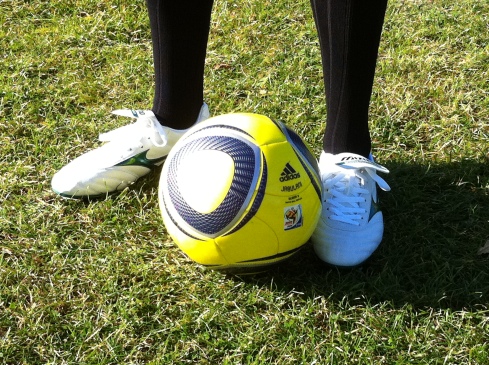 The K-Leather of the Morelia is what carries it, which is why the MRL scores a little low in this department, as the upper just doesn’t cut it for me.

It’s not offensively bad by any stretch of the imagination, but even after a few sessions in the boot, they still failed to mould to my feet, but then I guess you get what you pay for.

Because the feel for the ball wasn’t as great as with K-Leather upper boots, I found it a little difficult when trying to manoeuvre the ball in tight spaces.

Obviously, short five yard passes can be made in slippers, but I like to work with a supple upper when trying to pick out those threaded passes that have to be weighted to perfection.

I found that the success rate for these types of passes was therefore inconsistent. This was because of the upper (and not my ability) of course! 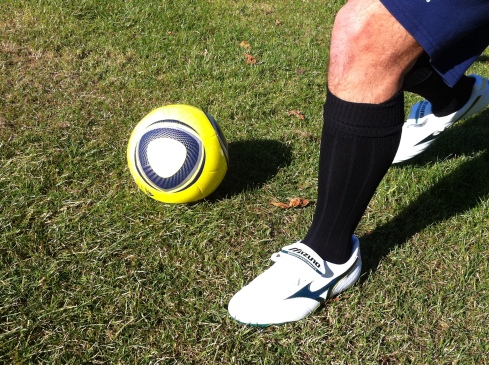 It was a little different when it came to pinging the ball over a larger distance. For some reason, the boot just responded much better when striking through the ball with more rigour.

So I’d definitely recommend these boots for full-backs or wingers who like to clip balls into channels or play long balls up to the forward.

I enjoyed a clean strike of the ball when shooting in the MRL Club. No need for technology here!

Yet when pointing the toes to strike through the ball, the solid soleplate led to an almost ‘adidas PowerSpine’ feel when sending a shot towards goal.

Also, the robust nature of the upper meant that my feet didn’t feel the impact of the power as much as some of the thinner uppers would do on the market currently.

Easily the best bit about the MRL Club. The general solid feel of the boot puts you at ease when tackling – you shouldn’t be pulling out in these bad boys!

And as mentioned above, the heel counter further ensures your Achilles tendon feels completely protected which gives you upmost confidence when going in for those 50-50 challenges!

Plus there’s something about the solid metal studs which give you that little extra confidence in security for me.

One of the most important aspects that I look for when testing out boots is endurance – a football boot has to stand the test of time.

And I get the impression that these would still be going strong in 5-10 years time! Throughout the playtest, I just felt I was wearing a robust football boot that was here to stay – well everything but the colour that is.

In short, it’s a no-nonsense hard-wearing boot for those who don’t want any gimmicks. Players who opt for boots such as the MRL are sceptical of technology in football boots anyway so are not necessarily bothered about this.

What’s more, this boot isn’t designed with technology in mind. But the absence of K-Leather means that these are a pretty basic boot.

For a football boot that will give you change from £40, you won’t get much better than the Mizuno MRL Club. The fit and look offers a classic feel, and although the upper can’t compete with the Morelia itself, it is still very much a solid boot, in every sense of the word!

Hopefully we’ll get our hands (and feet) on a pair of the real deals, as the Morelia will almost certainly fair better than its inferior, the MRL Club.

Yet this shouldn’t take a away from the fact that this is still a decent boot – one perhaps for the footballer whose pre-match food and drink is likely to be a kebab and a few beers – but whose performance on the pitch is undeterred nonetheless!

What do you think of the MRL Club? Would you always pay that little bit more for that added quality? Let us know via the comments section below or on our Twitter and Facebook pages.