Sport-locker.net can reveal that Casio have continued their sponsorship of British Touring Car Championship driver Tom Onslow Cole as part of its Faces of EDIFICE campaign.

The campaign is designed to recognise and hero past, present and future professional race car drivers.

A star in the making and hotly tipped to make waves in the forthcoming season, Tom will drive the turbocharged BMW to its limits on the British Touring Car circuit.

Tom says, “I am really excited about being one of the Faces of EDIFICE. It’s fantastic to be supported by a brand of Casio’s calibre, particularly given their heritage in motorsport. Time is everything in my profession, it’s how I run my life, and it’s the difference between winning and losing. My EDIFICE watch has the precision timing I need to measure and deliver the ultimate performance.” 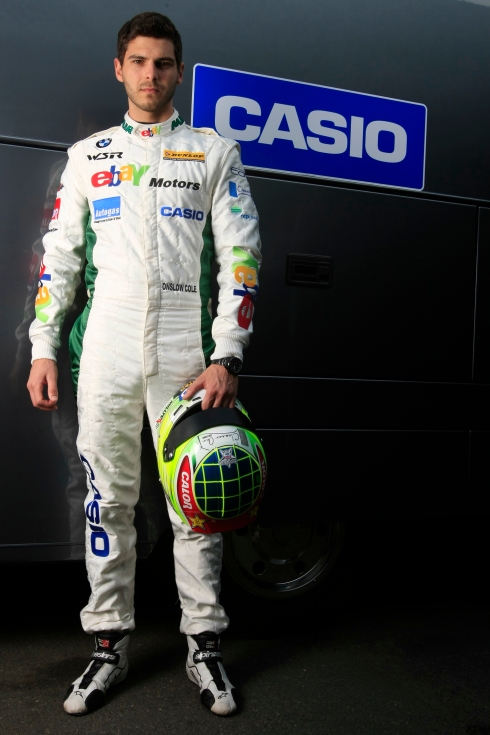 Tom has driven in the BTCC since 2007, having found himself on the podium in only his fifth race he has been touted as one to watch. Since then Tom has gone on to finish as high as 4th in the Championship overall, including a race won by the closest margin in BTCC history, 0.009 seconds. Casio recognises that the finest margins make the difference between first and second and the precision 1000th second chronograph and radio controlled technology within the EDIFICE range ensures perfect timing.

This season, with the support of Casio, Tom will continue to be a success in the BTCC. Helping to cement his eBay motors team as a dominant force on the circuit, not only as a driver but also as an integral part of the engineering team.

How do you think Tom Onslow Cole will do this season? Let us know via the comments section below or on our Twitter and Facebook pages.