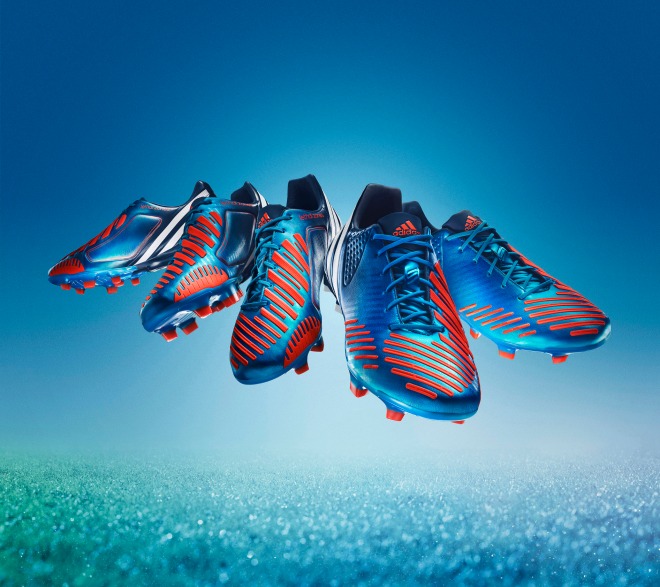 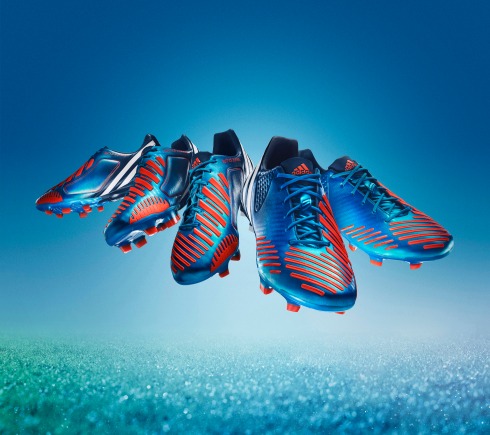 The latest incarnation of the iconic boot was unleashed earlier on in the week by Nani, Edin Dzeko and Tom Cleverley at a unique event in Manchester.

The trio went head to head against each other in five challenges created to showcase the capabilities of five Lethal Zones on the boot – which is composed of five, super-light (SL) rubber and memory foam 3-D zones, each designed to support perfect ball control. 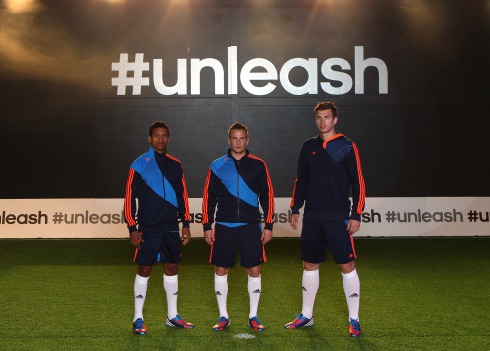 The five challenges at the specially converted venue in Manchester included:

Designed around an automated slalom course to test the player’s fast paced dribbling abilities against a series of water blast sequences.

Designed to test the player’s ability to control the ball at different heights and speeds, the First Touch Air Cannon Challenge will see a high-powered air cannon launch balls into the air for the players to control and then strike into two targets. 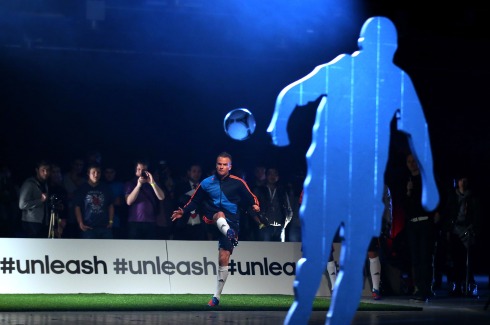 Designed to demonstrate power and precision within a player’s passing, using the sweet spot zone to generate increased power without losing accuracy as they attempt to hit five static targets at different distances within a 30 second time window.

Designed to test how much power players can generate using the raised and thicker 3-D shape on the forefoot, players will hit the ball as hard as they can into a specially designed pentagon that will measure and then display ball strike speed.

Designed to test accuracy to the max, this challenge requires players to use the memory foam pad on the medial side of the boot to showcase their deadly control and accuracy. 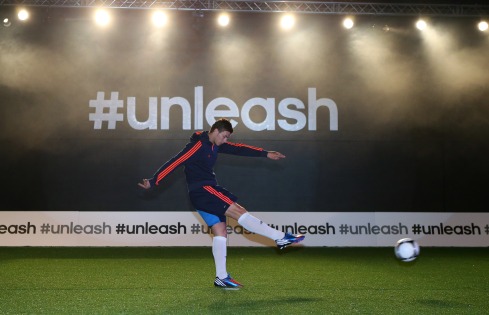 Luis Nani said from the event: “I’ve been involved in the design process for the new Predator Lethal Zones and I’m excited to see the final product and test it out across the 5 different zones. The boots are light, comfortable and help me with ball control whether I’m passing, shooting or dribbling.”

Supporting the five lethal zones is a newly engineered Hybridtouch upper which combines the benefits of leather and synthetic – comfort, stability, reduced water uptake and the highest quality feel in all weather conditions.

The boot also integrates the revolutionary Sprint Frame outsole construction featured in the adizero 50, offering the perfect balance between light weight (225g) and stability as well as the Traxion 2.0 stud configuration which ensures maximum grip and acceleration.

The Predator Lethal Zones is the first miCoach enabled Predator boot, which means players can now track their performance stats such as distance, sprint count and maximum speed, then wirelessly transfer the data to a mobile phone or PC.

“For the first time ever, Predator wearers have the complete weapon of control. We have been working with elite and amateur players for a number of years, and with Lethal Zones we have taken the Predator to a whole new level,” said Aubrey Dolan, product manager for Predator Lethal Zones.

Players such as Van Persie, Xavi, Nasri, Nani and Di Maria have tested and contributed valuable input to the development of Predator® Lethal Zones and will debut the boot on pitches across the globe in May 2012.

Arsenal star Robin Van Persie said about the new boot: “If you want to be a top player it’s vital that you are an all-rounder and that’s what the new Predator Lethal Zones are about. The five areas on the boot cover where players touch and strike the ball and the design works to maximise accuracy, power and control.

“Based on my opinion, and the opinions of my fellow professional players, adidas have created the new Predator. It’s great that they listen to us carefully as we know how it should be and how it should feel and their expertise does the rest.”

All five zones of the adidas Predator LZ have now been revealed! How excited are you for the release this Saturday? Let us know via the comments section below or on our Twitter and Facebook pages.