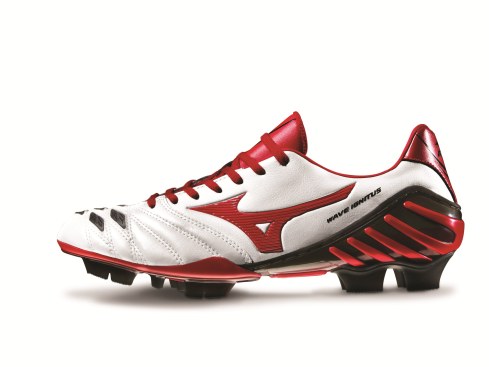 Since exploding onto the scene during the 2010 World Cup sport-locker.net has had its beady eye on Mizuno’s exciting Wave Ignitus series and is delighted to see the latest addition with the introduction of the Wave Ignitus 2 MD.

Fashioned by the likes of Roque Santa Cruz and Japan’s Keisuke Honda, the Wave Ignitus has become famous for its revolutionary Mukaiten Panel on the medial side of the boot, adding lethal precision to set pieces.

‘Mukaiten’ refers to the Japanese phenomenon of non-spin free kicks with this technology best demonstrated by Keisuke Honda’s stunning free kick in Japan’s 3-1 win against Denmark during the World Cup group stages.

The Mukaiten panel is complimented by a 360 degree bio-panel on the vamp, re-designed for the Wave Ignitus 2 MD. The more aggressive panels generate increased friction and control at ball contact, and have been integrated into a new lacing system which enlarges the striking area. The panels continue to spread over the instep and forefoot giving enhanced control and power. 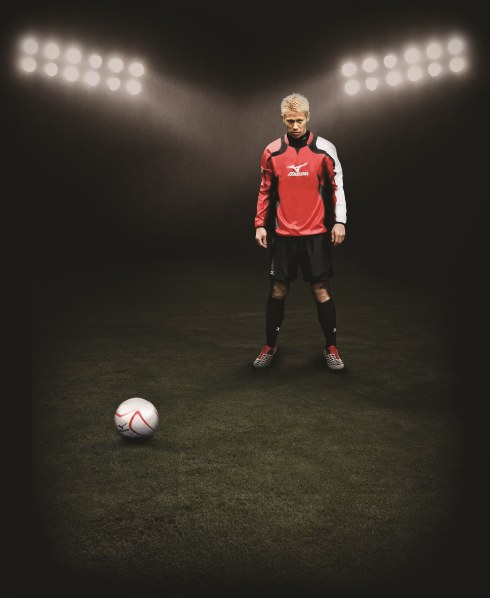 Made from the highest grade kangaroo leather, Mizuno have undoubtedly delivered one the best fitting power boots on the market. Not only that, the new stud configuration improves traction on firm ground and reduces stud pressure, improving flexion and enhancing comfort through integrated Mizuno Wave Technology.

Following on from the Ignitus’ iconic and eye-catching yellow colour of 2010, Mizuno have introduced this revolutionary Wave Ignitus 2 MD in a new colourway. This truly is a classy addition to the Ignitus family, again demonstrating Mizuno’s understanding of elite player requirements, boot construction and innovation. Fire power has never felt so good.

What do you think of the new Mizuno Wave Ignitus MD? Let us know in the comments section below or on our Twitter and Facebook pages.