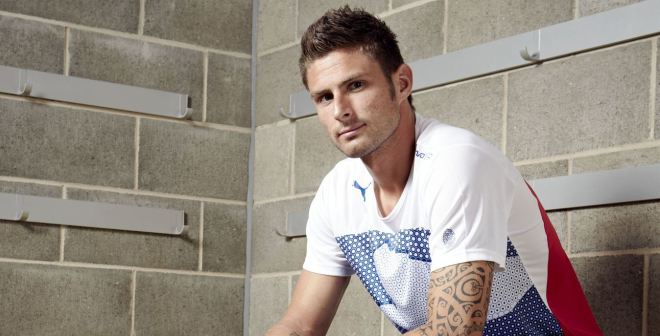 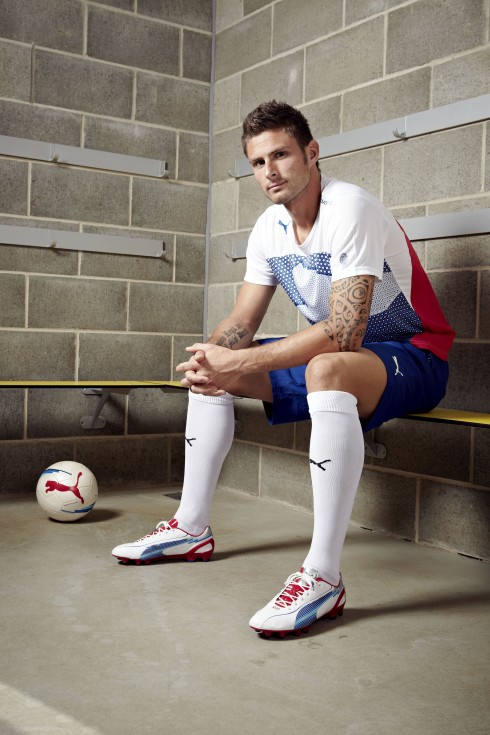 He may not have scored a goal for Arsenal yet but Olivier Giroud will surely come good soon – especially now that he’s signed a long term deal with PUMA!

Sport-locker.net can reveal (it’s not a shock) that the French international footballer will continue to wear PUMA speed boots – namely the evoSPEED 1 for the Gunners and his country.

He said: “I have been wearing PUMA Speed boots since 2009 and they have always given me great confidence to play to my potential.

“Signing an international contract with PUMA is another great and positive step in my career, I really enjoyed working with them in France and am excited to continue in this next chapter.”

Giroud moved to the English Premier League this summer, having played in the French league for several years. With his 33 goals in only two seasons at Montpellier HSC and being top scorer in Ligue 1 for the 2011/2012 season, he built his reputation as both a skilful and intelligent striker, making him an ideal player for the PUMA Speed silo.

The evoSPEED 1 FG launched in May 2012 as part of a cross category product offering, the upper features a soft and ultrathin microfiber material whilst stability is provided by the internal EverFit cage. The anatomically engineered lightweight one-piece outsole provides stability and support, utilising high-tech materials to minimize weight and to maximize its flexibility and reactivity.

The evoSPEED boots that are designed to help players achieve top speed and enhance their manoeuvrability, are also being worn by other top footballers such as Sergio Agüero, Radamel Falcao, Samuel Eto’o, Mario Gomez and many more.

What do you think of Giroud? Will he score goals for Arsenal? Let us know in the comments section below or on our Twitter and Facebook pages.