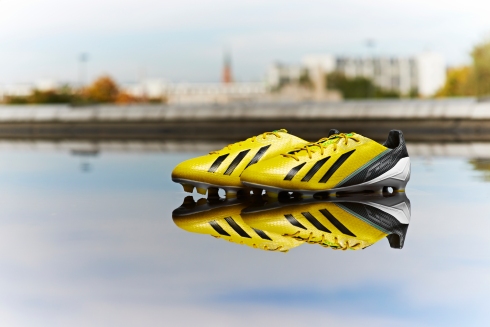 Another morning, another football boot release brought to you by Sport-locker.net – behold the next generation of the adidas adizero f50 readers – a boot which enables players to be faster than ever before!

A cover of FourFourTwo magazine seemed to give the game away a couple of days before the official release, but now we can give you the full unveiling….

The new adizero f50 is all about precision engineering with every aspect of the boot design based around making the wearer as fast as possible on the football field. At only 165g, the adizero f50 is one of the lightest shoes on the market. They will be released in a new Vivid Yellow / Black / Green Zest colour way allowing wearers to own the spotlight. 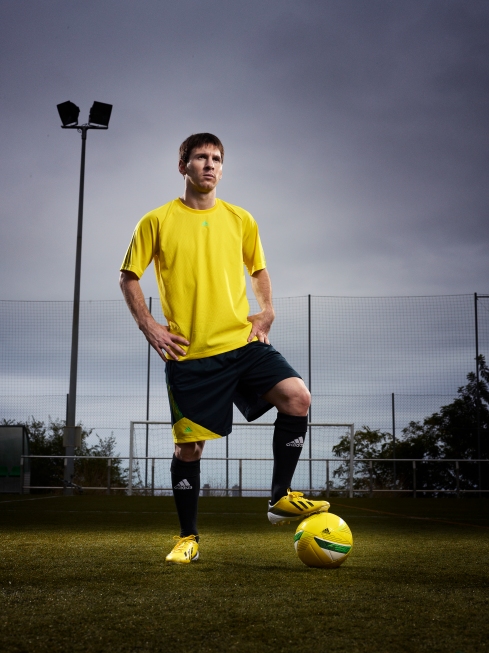 Football fans will get an early preview of what the boots can do when the world’s best player, Lionel Messi, exclusively debuts them in the UEFA Champions League against Celtic tonight. 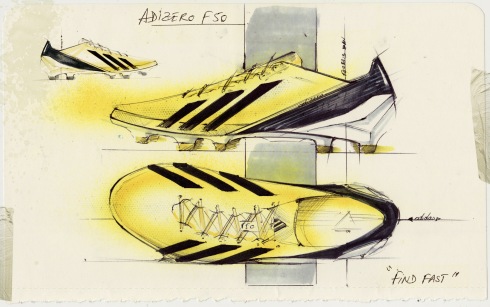 Sprintskin is a 1.5mm thick synthetic layer that allows the boot to be lightweight whilst maintaining a natural feeling between boot and ball.

Sprintweb is the 3D printed texture on the surface of the boot that allows for exceptional ball control at speed and also provides the supple but stable construction.

The final layer of boot construction is the Sprintframe, a strong but lightweight lower section that offers players a perfectly balanced boot.

The next-generation technologies are designed to enable players to ‘Find Fast’, and performance metrics can be tracked, analysed and compared against the best players in the world or with your friends via social media networks using the ground breaking adidas miCoach capability.

The specially designed cavity within the new adizero f50 houses the miCoach Speedcell which records statistical data such as top speed, distance covered, and active zones.

Once the data is captured, it can be wirelessly synced up to an iPhone/iPod or PC/Mac allowing players to analyse their performance, get tips and advice on how to improve, and compare themselves to others.

From mid-November onwards some of the most exciting professional players in the world, including Dani Alves, Karim Benzema, David Silva and David Villa will dominate the game in the boots. The new adizero f50® boots will be available at adidas own-retail outlets as well as specialist stores worldwide from December 2012 in Vivid Yellow / Black / Green Zest.

In addition, footballers can download an exclusive mobile app that will unlock unique adidas content, insight into the new boot, and chances to get closer to the brand and its ambassadors.

What are your initial impressions of the latest adidas adizero f50 football boot? Let us know via the comments section below or on our Twitter and Facebookpages.