Sport-locker.net have been keen followers of Nike’s The Chance in 2012 – where more than 100,000 players from 55 countries around the world were whittled down to just 16.

Those chosen 16 players will now embark on a six-week global training tour, playing some of the most renowned academy teams in the world including Manchester United, Juventus and a U.S. National Team Youth squad.

How’s that for an experience?! 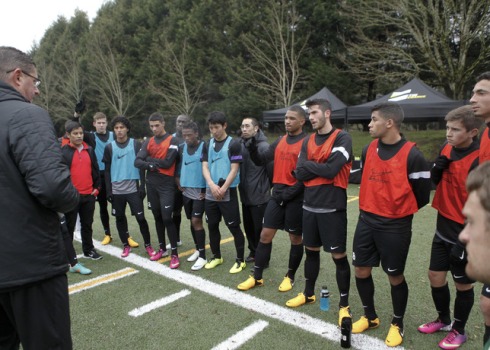 Nike’s The Chance is a unique global talent search that gives amateur footballers the chance to prove themselves on an elite stage and take their game to the next level. One player from the 16 finalists on the tour will ultimately join the Nike Academy – a full-time player academy based in England and supported by the FA Premier League.

The final 16 players kicked off their global tour at Nike’s World Headquarters in Oregon, U.S., and went through a series of intense training and elite testing during their first week on tour in preparation for upcoming games. Players were assessed through Nike SPARQ, a training and conditioning system that helps build better athletes. 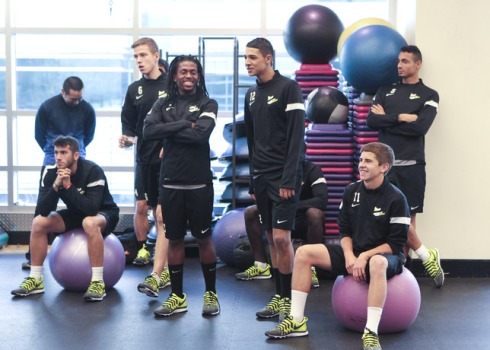 “The Chance offers young players from around the world a great opportunity to showcase their talent and develop their skills on a global stage,” said French football legend Laurent Blanc, who spent time with the players in Barcelona. “These 16 finalists have proved their ability during the global finals at FC Barcelona, now they have a once-in-a-lifetime opportunity to test their skills against some world-class players who are part of established academy teams.”

The 16 finalists will benefit from an extended team of elite coaches, nutritionists and fitness conditioners throughout the tour, to ensure they arrive at each game focused and in peak condition. Each match will represent a chance for players to catch the eye of leading club coaches in the game.

During the tour, the team will also experience the cultural diversity of each place they train and play in cities ranging from Los Angeles to Turin, Italy and Manchester, United Kingdom.

“From the intense atmosphere of FC Barcelona’s training ground these 16 players have shown the maturity, skill and attitude to take their game to the next level,” said Jimmy Gilligan, Head Coach of Nike’s The Chance global tour. “The challenge now is to take that experience, unify as a team and compete against some of the best young players in the world. This is their chance to step up and get noticed at the highest level of the game.”

Since the start of The Chance competition 16 players have turned their participation into a professional club contract. The most recent, Tom Rogic from Australia, signed for Scottish Champions Celtic FC and recently played for the Australia national team.

The final player selected from the global tour will join the Nike Academy, based at Loughborough University in the United Kingdom, on March 1st for the remainder of the season. The Nike Academy plays a series of fixtures against FA Premier League reserve and academy teams.

What do you think of the competition? Let us know in the comments section below or on our Twitter and Facebook pages.