This week marks the occasion of yet another short return of international football, so Sport-locker.net thought we’d reveal a brand spanking new kit which is set to unveiled on pitch tomorrow night…

The Netherland’s away kit was launched at the soon to be re-opened Rijksmuseum in Amsterdam by national team players Kevin Strootman, Ricardo van Rhijn and Adam Maher.

We’re huge fans of it! 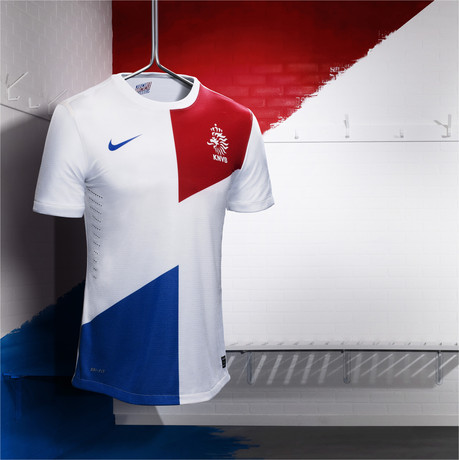 It has a striking new look that takes the three colours of the Dutch national flag and incorporates them into a vivid and eye-catching design.

The new away strip mirrors the home shirt, which has two shapes, one covering the crest, the other at the hem. On the new white away kit the shape above the crest is red and the one at the hem is blue; utilising the colours of the Dutch flag.

The shapes point to the Netherlands’ relationship with geometry and space.

The Dutch football logic is based on simplicity and that is the essence of total football – the Dutch’s gift to the game – that was built on the simple and effective use of space on the pitch. 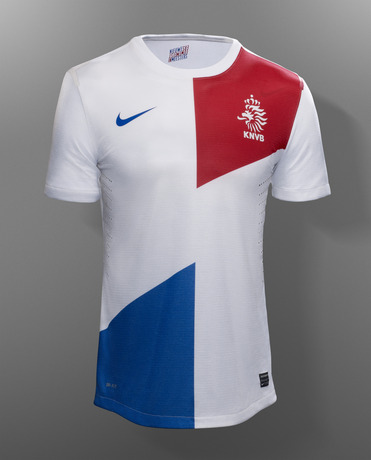 ”The shorts are white with blue trimmings as are the socks that have a “Nederland” detail on the back of each.

The kit are constructed using Nike Dri-FIT technology to wick moisture and are made out of 23 percent lighter fabric with 20 percent stronger knit structure than Nike’s previous kits.

What do you think of the new Netherlands away kit? Let us know in the comments section below or on our Twitter and Facebook pages.