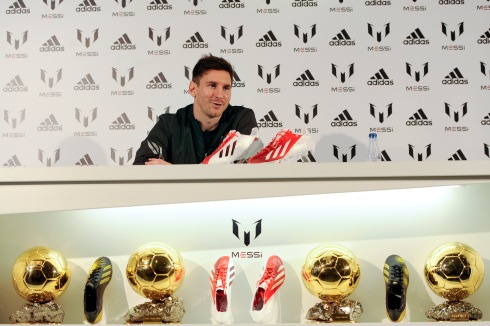 Sport-locker.net can today reveal that adidas have unveiled the ‘Messi Gallery’- a new pop-up exhibition in Barcelona dedicated to the world’s best footballer, Leo Messi.

Messi himself was present to launch the gallery in central Barcelona, which will be open to the public for one month.

It marks the latest stage in the adidas ‘Team Messi’ campaign, which recognises the extraordinary skill, style and achievement of Messi. It sees the launch of the first signature adizero f50 Messi boot and the creation of Messi’s own signature range by adidas.

Speaking at the launch, Messi said: “I feel honoured to be here at the launch of this gallery featuring so many memories of my career so far. It is amazing to see everything brought together in one place and I hope my fans come and enjoy the exhibition. I want to thank the fans for their daily support and adidas for helping me perform to my highest level.”

It is a rare accolade, with Messi joining a very small group of iconic adidas athletes to have ever received this honour.  The best football player in the world is now coupled with his own branding portfolio of products.

The gallery features a host of iconic memorabilia and exhibits representing Leo Messi’s entire career, including his four successive FIFA Ballon d’Or trophies from 2009 to 2012. Kit and official match balls from landmark games and tournaments are also displayed in the unique space, including the balls from the 2008 Summer Olympics, 2005 FIFA U-20 World Cup and UEFA Champions League finals in 2009 and 2011, all competitions Messi won with Argentina and Barcelona.

The gallery houses historical adidas boots which Messi has worn throughout his career. This includes the adizero f50 boot worn when Messi scored twice against Real Betis to break Gerd Muller’s 1972 record of 85 goals in a calendar year and the adidas TUNiT boot from the 2009 UEFA Champions League Final in Rome, which Messi famously kissed upon scoring.

Other exhibits look at the adidas campaigns that Messi has previously starred in and launched. These include the 2011 launch of miCoach f50, the world’s first football ‘boot with a brain’, the 2012 miadidas campaign where fans of Leo Messi were given the unique opportunity to design a pair of adidas football boots for him to wear, as well as the latest 2013 launch of ‘Team Messi’ and the Messi Collection range of boots and apparel. 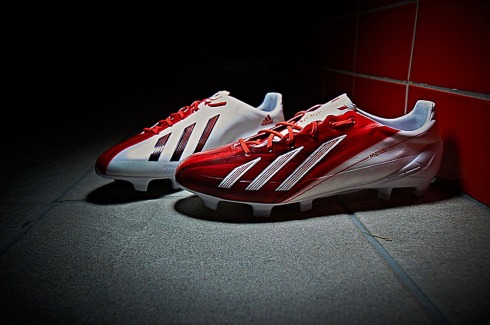 Team Messi will bring fans together via an online hub on Facebook. After joining, fans will receive exclusive insight into the world of Messi, providing a unique connection to Leo himself. Throughout the campaign adidas will enable fans to get closer than ever before to Messi.

Messi fans can also celebrate their hero and ‘play the Messi way’ through the Messi Collection range of boots and apparel, including a signature adizero f50 Messi boot.The boot is available for purchase from www.adidas.com/messi-collection.

Join Team Messi at facebook.com/teammessi or join the conversation on Twitter @TeamMessi

To visit the Messi Gallery go to: Paseo de Gracia, 21, Barcelona. Check In to the gallery on Facebook via ‘Messi Gallery by adidas’For all Team Messi information and content please visit: news.adidas.com/global/performance/football

What do you think of the collection? Will you be buying any of it? Let us know in the comments section below or on our Twitter Facebook pages.