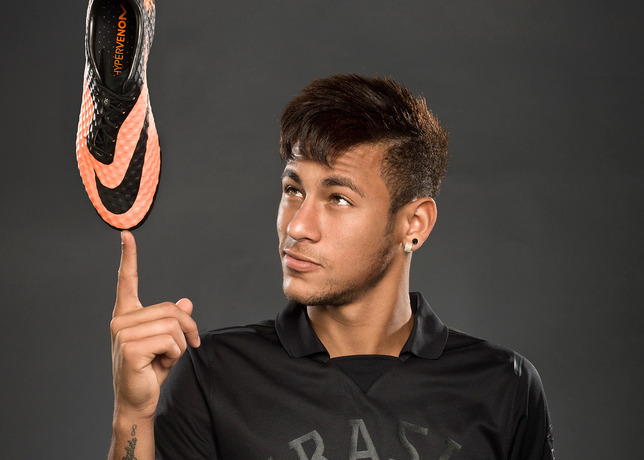 (We know it’s late, but) Sport-locker.net are buzzing to announce that Nike today unveiled its latest football performance innovation – The Nike Hypervenom – at an event in Rio de Janeiro with Brazil striker Neymar!

After weeks of teasing, we’re certain that it’s going to be THE football boot of 2013…

The fact that the likes of Neymar, Wayne Rooney and Zlatan Ibrahimovic are all moving to wear the silo shows just how special it could be! 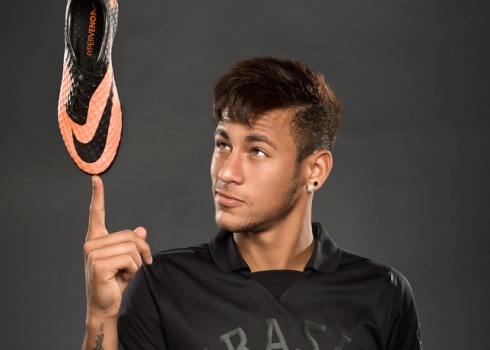 The Hypervenom is a completely new boot. The players above specified the need for a boot that could help them create space quickly in and around the penalty area, and get their shot off from any angle.

They discussed the increased agility of opponents, referencing today’s defenders who are now as quick, as agile and as skilful as many of the world’s top forwards. 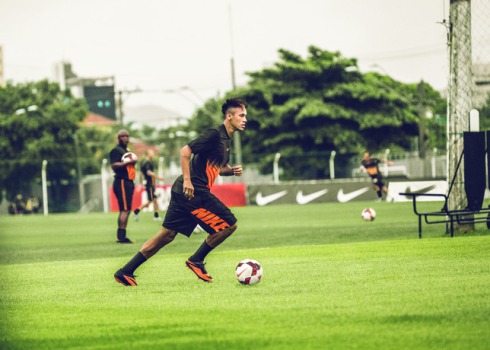 Brazil striker Neymar was most direct in his feedback: “Help me make space more often and more quickly. I want a boot that helps enhance my agility and gives me the space to get my shot off before I’m closed down.” 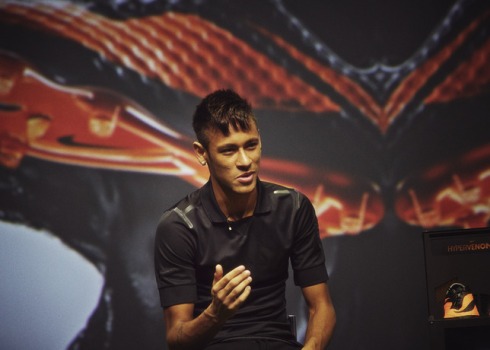 “Neymar’s input was invaluable. He had been wearing the Mercurial Vapor IX a boot designed to help athletes look and find space to beat a man. It’s a pure speed product. The Hypervenom focuses on creating the space in order to put the ball in the net. It’s a small but important nuance. It is designed to increase the player’s agility and their ability to get a shot off,” said Phil McCartney, VP Nike Football, Footwear. 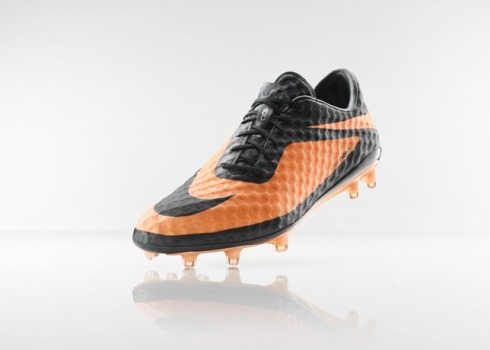 The Nike Football design team, led by Denis Dekovic, Nike Football Design Director began by looking at the attacking forces in today’s game. “The game is changing.  It used to be that speed was focus of the attacking side of the game. But now everybody has pace. 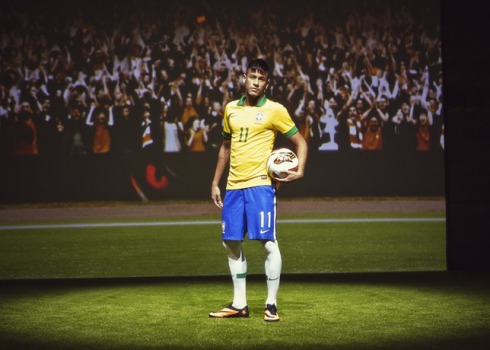 “The creation of the Nike Hypervenom is a reaction to the way the game is changing. Players want to be quicker. Not just in a foot race, but quicker with the ball at their feet in small spaces. They want to leverage the natural agility they already have to find space in a congested penalty area. They want to create chances from nothing.  The Hypervenom is designed to do exactly that.” 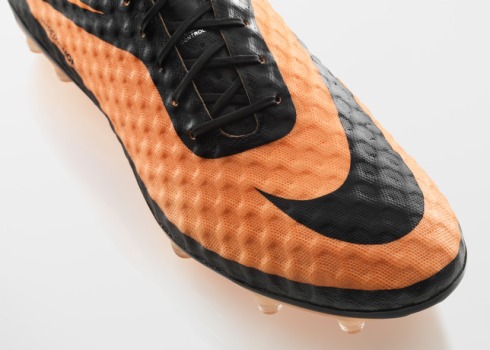 The design team knew that the product had to re-examine the way boots were being created.  “Traditionally a new boot will focus on an evolution of the fit, the upper material or the sole plate and stud configuration. 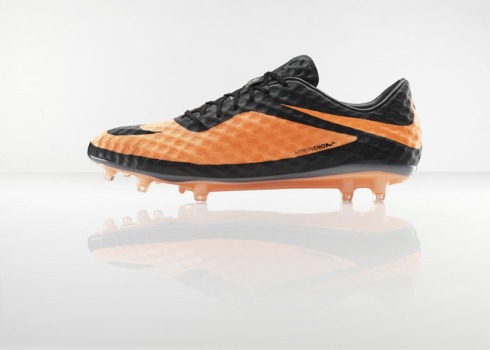 “The Hypervenom features brand new solutions for all of these areas. When we spoke with the players, we knew that the only solution was to create an entirely new product.” said McCartney. 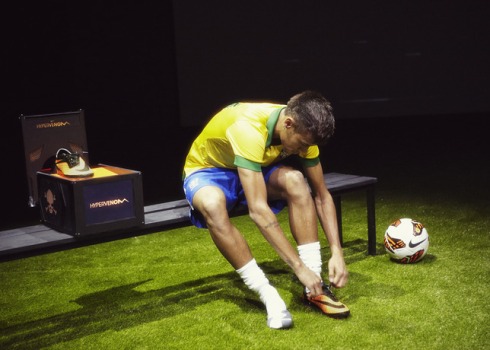 “The Hypervenom’s upper is created using our new NIKESKIN system. This execution of NIKESKIN features a soft supple mesh bound with a thin polyurethane film and finished off with the Nike All Conditions Control technology (ACC) that provides the same level of foot-to-ball control in both wet and dry conditions,” added Dekovic. 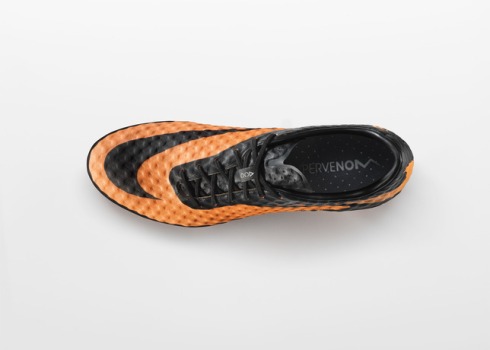 “Mesh delivers an amazing level of comfort and feel. The athletes asked us to deliver a boot that gets as close as possible to the feeling of playing barefoot,” Dekovic continued. “Mesh takes us a step closer to doing that. The All Conditions Control ACC finish keeps the mesh dry, but doesn’t take away any of the suppleness or comfort so the performance and intent of the design isn’t affected” 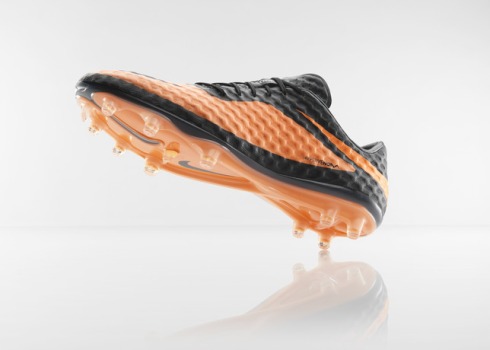 The Hypervenom also features a new foot last, removing excess materials to place the foot closer to the ground and the ball. It is Nike’s most anatomical last to date. 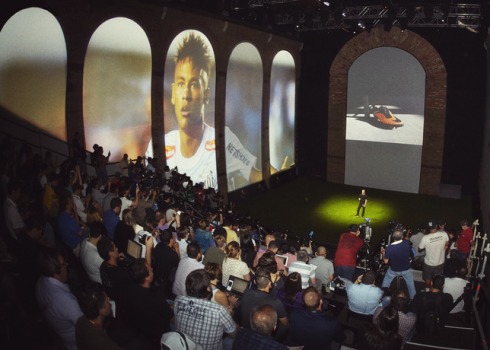 The final element of the design is perhaps one of the most underrated innovations in football. Nike worked with some of the world’s top podiatrists to create a decoupled outsole that increases the player’s ability to make that important first step away from the defender. 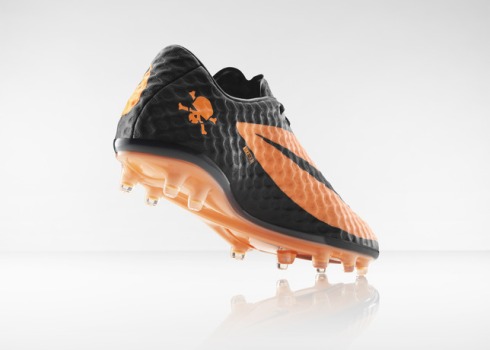 A groove in the forefoot helps to quickly activate the first metatarsal, the bone that defines reaction time of the foot’s first movement. 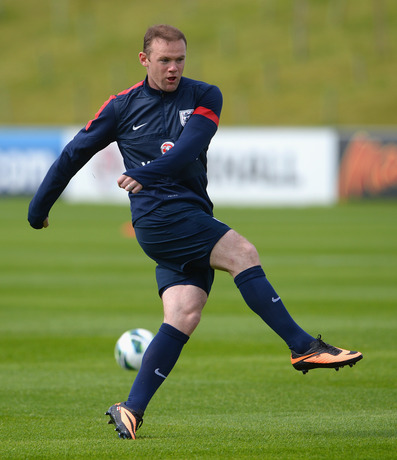 The chassis of the outsole features compressed nylon for a high-response, plate that helps deliver strength while being incredibly light. 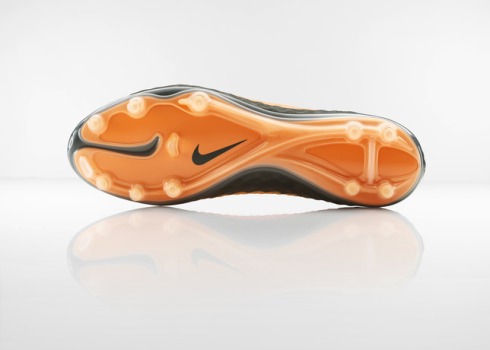 The stud configuration and length is designed to allow for faster penetration of the surface and ultimately a quicker release – all innovations designed to help players create space quicker than ever before.

The new Nike Hypervenom will debut on June 2 in the Brasil v England match on the feet of Neymar and Wayne Rooney. Other players set to wear the boot include Zlatan Ibrahimovic and Robert Lewandowski.

What do you think of the Nike Hypervenom football boot? Are you sad to see the end of the T90 Laser silo? Let us know in the comments section below or on our Twitter and Facebook pages.