At sport-locker.net we are fully aware that goals win games.

But as self-confessed football boot nerds, when the ball hits the back of the net we see more than a goal.

We see the boot that scored it and then the player wearing the boots.

So ahead of the 2013-14 season we take a look at the headline acts from 2012-13 who will more than likely be back to bang in another barrel load of goals sporting some of the brightest and best football boots on the market.

It has got to the stage where there are no superlatives befitting of the greatest football player…ever.

His thirst for goals, assists and all round excellence is evidently unquenchable.

The scary but marvellous thought exists that the Argentine adidas adiZero wearing wizard might actually get even better. Surely a World Cup winner’s medal around his neck in 2014 would enter him into the realm of immortality. 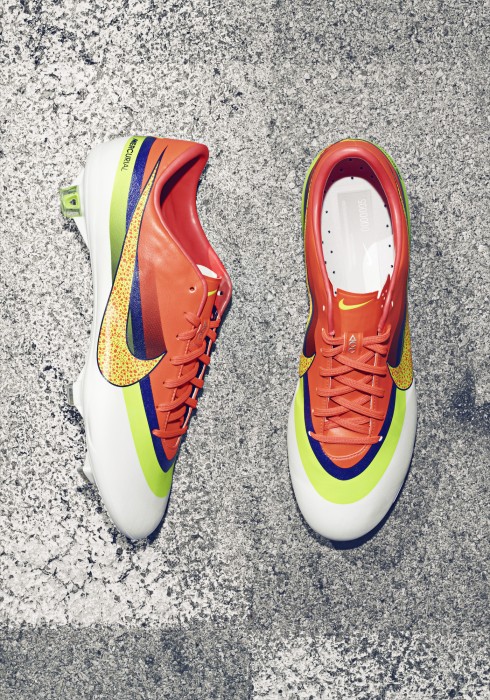 It is no secret that if was not for Lionel Messi we would have crowned Cristiano Ronaldo the world’s best footballer long, long ago.

Unfortunately for him, his nemesis and La Liga rival continues to hog the spotlight.

Ronaldo has been the subject of some transfer speculation over the summer but for the moment the football world can look forward to another fierce battle between Ronaldo and Messi.

Firstly; on behalf of European football we’d like to say a big thank you to Barcelona for giving us the gift of Neymar ahead of the 2013-14 season.

The diminutive Brazilian lit up the Confederations Cup in the summer, giving us all a taste of what we can all expect and drool over when he steps out in the famous colours of the Catalan club in La Liga and the Champions League.

Having proved himself to be one of the most prolific strikers in the world and helping Atletico Madrid to Copa Del Rey glory in the process, Falcao has upped sticks over the summer months and made a new home for himself in magnificent Monaco.

Now in Ligue 1, the club from the tax haven principality will be looking to the free-scoring £50m Colombian to fire them into the Champions League.

He did it wearing his trusty adidas adipower predator football boots despite adidas releasing the newer Predator LZ.

We look forward to seeing if RVP has upgraded for the new season or he stays loyal to the boots that served him so well.

Which player (and boots!) do you think will score the most goals in the 2013-14 season? Let us know in the comments section below or on our Twitter and Facebook pages.