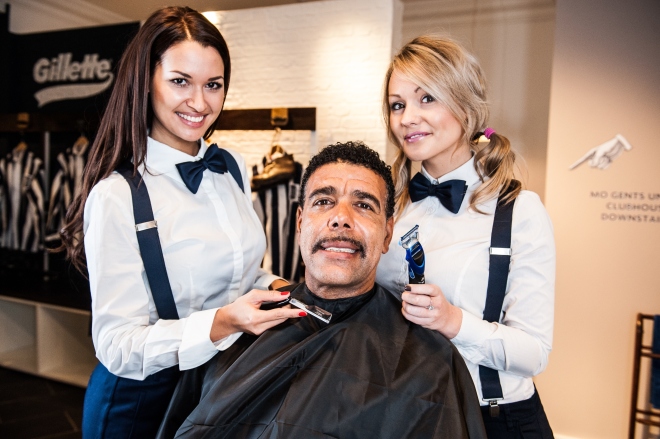 Sport-locker.net have a love/hate relationship with Movember. We LOVE the good cause. We HATE looking like complete idiots.

However, one of football’s most iconic faces has been immortalised to preserve the magnificent Mo of Chris Kamara.

In a world’s first, one of Movember’s major partners, Gillette, has revealed the ‘unbelievable’ concept of preserving his Mo and inspiring future generations of gentleman.

Fans of the excitable broadcaster are faced with a new-look ‘Kammy’ for the month of Movember after he parted, with a heavy heart, from the moustache that has accompanied him for almost four decades.

The now legendary broadcaster went under the razor at the Gillette Mo Gents United clubhouse in central London on the eve of Movember to help raise awareness for men’s health issues.

Kammy and his revered Mo underwent a careful shaving procedure to ensure that not a hair was lost. An expert in molds and casts was on hand to capture a cast of the moustache before its departure from Kammy’s face, with the hair later being reapplied to a recreation of the lower part of his face.

Kammy has now been set the task of regrowing his magnificent Mo before his legion of adoring fans go spare with sorrow over the loss of his famously furry upper lip.

With the Ultimate Sporting Mo immortalised for eternity, Gillette and Kammy have yet to decide where this unique piece of art would be best kept so are calling on the public for their suggestions.

Whether it be on a mantelpiece, in a clubhouse or even something more unique, let Gillette know your suggestions by Friday 22nd November via its Twitter handle @GilletteUK. 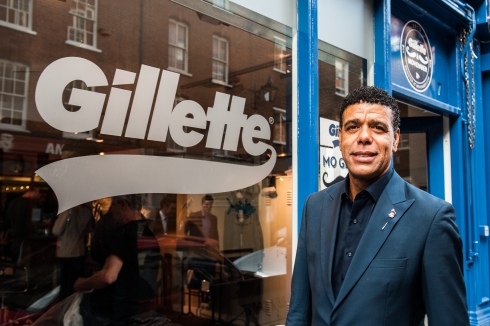 After this date, the best suggestion will be picked by Kammy and the winning idea brought to life to safeguard both the Mo and the gentlemanly spirit that it symbolises.

Kammy said, “My Mo has been around for nearly as long as me – I think I began growing it when I was five, and it means the world to me, so I was keen to team up with Gillette to lend my support to Movember this year and raise awareness for men’s health issues.

“Whilst it was an unbelievably heart-breaking experience to see my Mo disappear from my upper lip, I live safe in the knowledge that it has received the recognition it deserves. All I ask is that the new owner looks after my dear old Mo and keeps me up to date on how my Mo’s faring from time to time.”

Gillette is bringing the sporting spirit to Movember for a splendid hat trick of team camaraderie, champion lip pitches and raising an astounding amount of money for men’s health. Support our team, Mo Gents United, at www.mogentsunited.co.uk.

What do you think of Kammy’s tache? Let us know in the comments section below or on our Twitter and Facebook pages.