To celebrate the launch of Plants vs. Zombies Garden Warfare on Xbox 360 and Xbox One, Premier League goalkeepers John Ruddy and Asmir Begovic were asked to take on the Plants vs. GOALIES challenge. 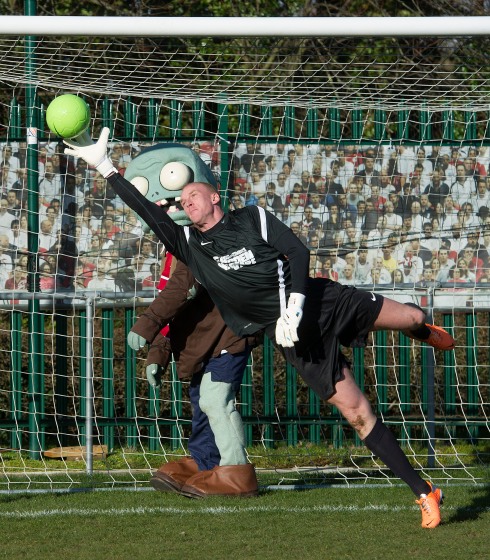 Using a version of the Peashooter from the game, each goalkeeper faced five PEA-nalty shots, with the task of protecting their zombie from being hit. Goalkeeping is all about concentration, so which stopper kept his cool when stood between a zombie hungry for brains and a trigger happy peashooter?

Watch the video to find out which goalkeeper came out on top, and the attached media alert for more information: www.ea.vg/plantsvsgoalies

Who did you think would win the plants vs goalies? John Ruddy or Asmir Begovic? Let us know in the comments section below or on our Twitter and Facebook pages.