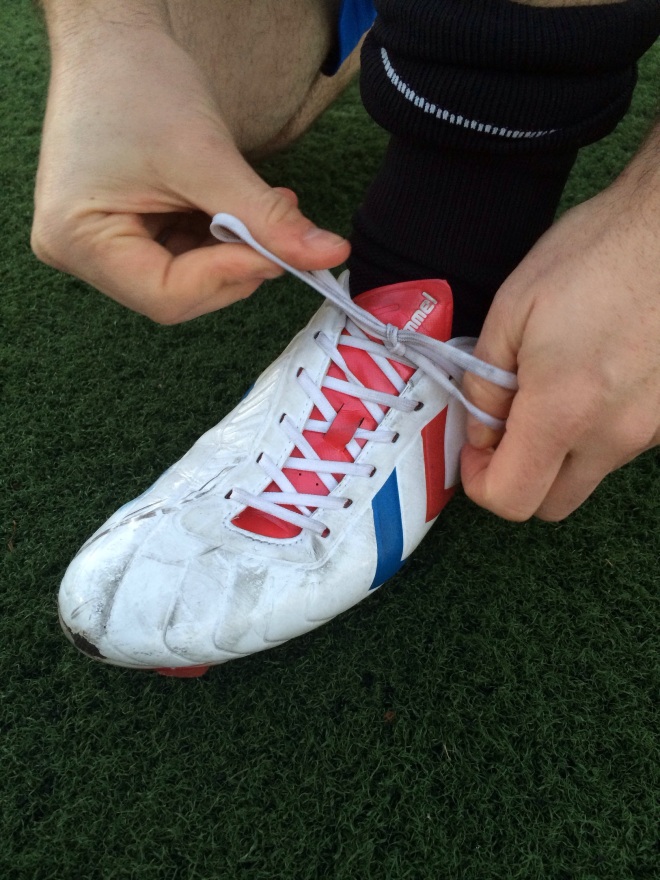 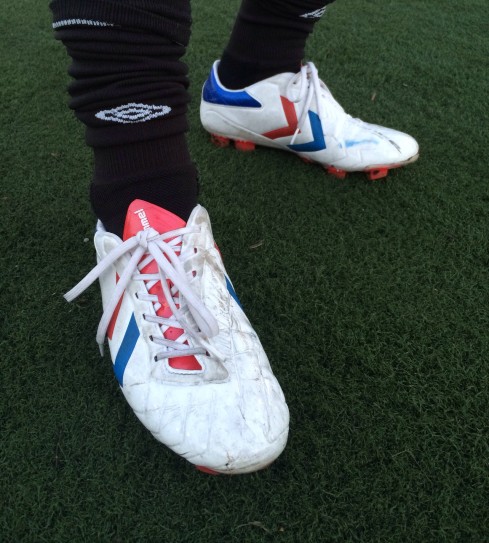 It’s time for another Sport-locker.net football boot review folks and this time it’s got a retro twist…

Founded in Germany in 1923, iconic brand Hummel grew to become one of biggest boot and kit makers around in the 1980s when they produced some classic shirts, including one of our all-time favourites here at Sport-Locker, the 1986-88 Denmark shirt!

Despite that success though, the company went bankrupt in 1994 and all but disappeared off the face of the earth.

Bought by super-cool Danish businessman Christian Stadil in 1999, the company’s gradually been getting itself back into the game, and we like what we’ve seen of late.

The guys at Hummel UK sent us a pair if their Rapid X Blades to review. So we did… 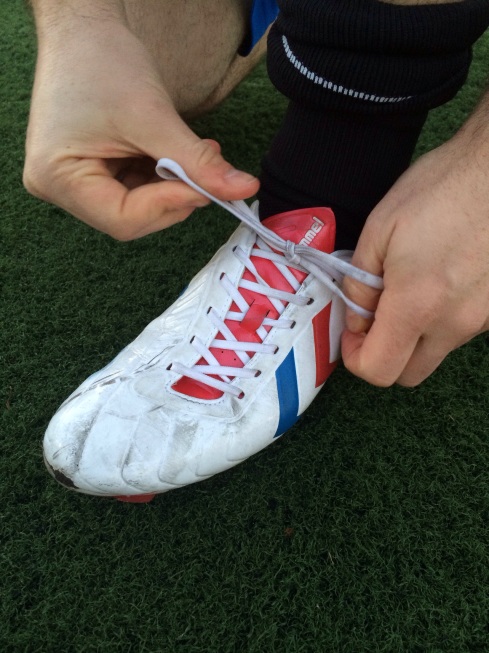 The upper is constructed of a lightweight recycled microfibre and features a heat cut and welded TPU exoskeleton cage which starts at the external heel counter to provide full foot support, with additional anatomical pads within a fit zone in the heel counter for additional achilles and heel support.

For comfort there’s an anatomically moulded sockliner and the lining has a rubberised ‘Friction Lock’ print on the lining for added control and the asymmetric lacing system leaves the instep clear for a purer strike.

The dynamic blade stud outsole aids movement and is unique to Hummel.

First things first, the boot looks great. As something of a traditionalist (boring old man) when it comes to boots, preferring black with perhaps a little bit of white on, I was surprised by how much I liked the look of the white, limoges blue and red ribbon colour way.

Complimented with a crimson outsole, the minimal Hummel styling mean this is slightly less garish than its rivals (which the other lads In the Sport-Locker office love!) in the lightweight boot category.

And speaking of weight, the Rapid X comes in at just 262g, guaranteeing fleet feet and ease of movement around the pitch.

As with many of the lighter weight boots though the lack of timber often comes with a loss of protection and support, and that’s the case here.

Whilst the boot feels relatively stable from the bottom up thanks to the exoskeleton cage, the microfibre upper offers very little in the way of protection from strong challenges. Having switched for more traditional, much heavier boots to test the Rapid X, my feet were saw and bruised after the first wear having taken a few knocks during the game.

Indeed any contact on the top of the foot from a blade or moulded boot is felt acutely. In the dry, the boot performs well with the thin microfibre upper allowing for control on touch and passing and a firm strike from the instep when shooting thanks to the lacing system.

Both the sock liner and rubberised print add to a feel of control. Come the rain though, and things change. The material doesn’t seem to respond well to rain and I felt like I lost control of the ball or misplaced passes far more easily in the rain than in the dry.

Now I know what you’re thinking, a bad workman and all that, but I genuinely noticed a difference depending on the conditions and the ball actually feels like it slips off the boot sometimes. 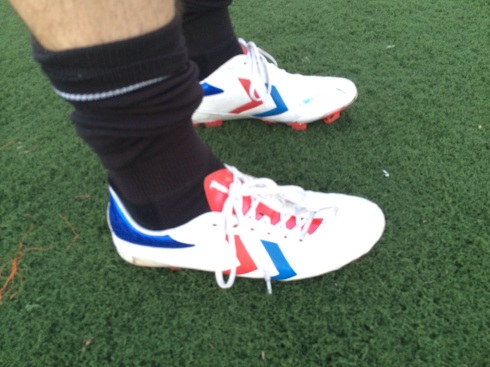 As is to be expected from a brand with a fine heritage in football kits and boots and a strong line in retro sportswear fashion, Hummel’s Rapid X is certainly a charmer in the looks department, offering a more traditional design aesthetic than many if the offerings from other brands.

Despite being relatively lightweight there’s sufficient support from the base of the boot, but the upper lacks a little in the way of protection.

The Rapid X has a lovely feel to it and offers a decent level of control depending on the weather conditions.

They’ll impress your mates (I had numerous positive comments from the lads on first wear) and you won’t see many other players in these just now…but that might change if Hummel continue to develop them along these lines.

What do you think of the Hummel Rapid X football boot? Let us know in the comments section below or on our Twitter and Facebook pages.