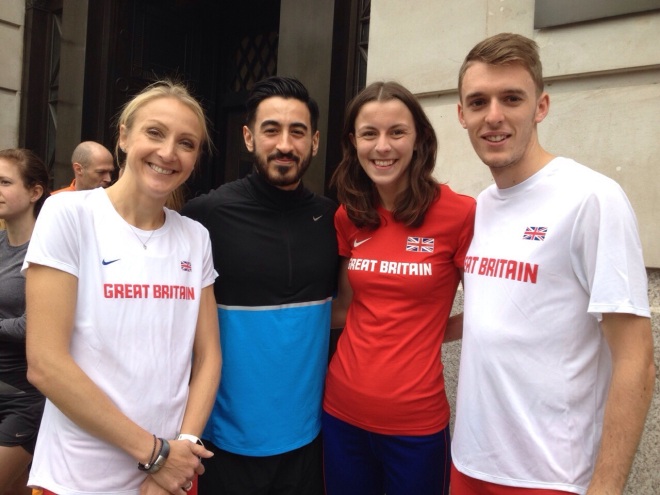 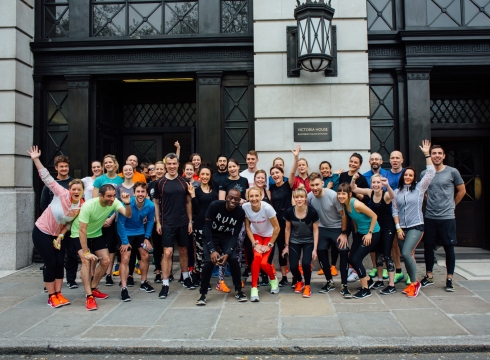 Here at Sport-locker.net, we love getting invited to exclusive events.

So when an invitation to celebrate ’10 years of Nike Free’ landed in our inbox, it’s fair to say that we got a little giddy!

If the fact that we would be heading to this exclusive Nike party wasn’t enough, the icing on the cake was soon to be made apparent…

To our sheer delight, the invite included a run around London town wearing the brand new Nike Free FlyKnit 4.0’s, led by none other than current women’s marathon world record holder, Paula Radcliffe!!! 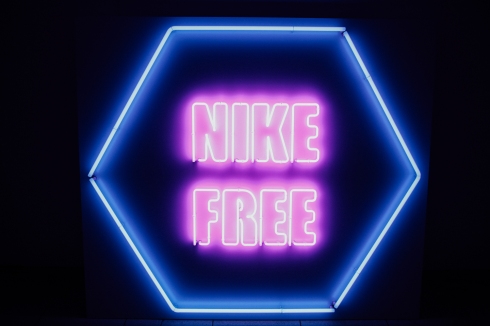 So our marathon-man Aaron (he’s done one) did some stretches, and readied himself for everything this British Athletics hall-of-famer had to offer!

So I turn up at the event, dressed to the nines in Nike gear, like a walking, talking advert for the brand!

As I made my way down to a mysteriously dark yet vibrant basement space, it was clear that the guys at Nike had pulled out all the stops and more to make sure that this day was going to stick in the memory of every journalist, blogger and athlete in the building for a very long time!

Ushered into an almost solely neon-lit changing room I was presented with the product I’ve waited (what seems like) an eternity to get my hands on – a brand spanking new pair of Nike Free 4.0’s!

They fitted like a glove. Even before I’d stood up I was sold – I must have sat there for a good couple of minutes just wiggling my feet in front of me, taking in every angle, utterly puzzled at how they could be so ridiculously comfortable.

I’ll go on to tell you all I learned about this fascinating bit of technology later in the article, but first the briefing… 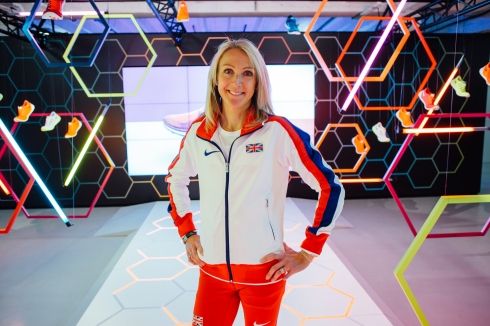 It was then time for all of us to meet an idol and allow her to explain why for so many years, Nike has let her push boundaries and constantly set herself higher running goals.

We were all sort of dispersed at various parts of this vast basement space. However, such was the nature of this interactive, shared experience, we were ushered forward and asked to congregate closer together to hear each and every spoken word. 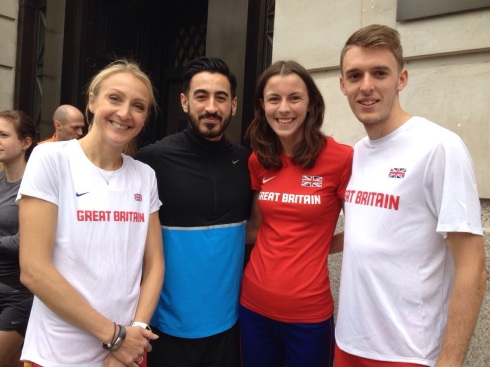 It’s fair to say that each and every one of us were gripped to the running anecdotes and lap times being presented in front of us. A gasp of ‘is that even possible?’ when Charlie told us how fast he’d run the mile in earlier this season! Truly inspirational from all. I wish I had a pep-talk like that before every run I go on!

Anyway, after a quick warm up it was time to hit the streets of London. I didn’t know whether to be more excited about the shiny set of sneaks on my feet or trying to keep up with Paula!

At this point I had to remind myself that I was under strict instruction to let all you avid Sport-Locker.net readers know the ins and outs of this shoe, of course, but it’s not every day you get to experience something like this. 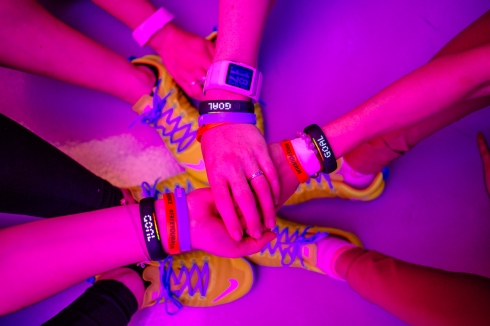 ‘Just don’t get carried away Aaron, you’re here to review the shoe!’ But wow, a crisp and beautiful morning in London, with Paula Radcliffe as my pace maker, it’s hard not to let this bias my experience of the shoe.

Regardless, I’ll tell it as it is. In Layman’s terms, this shoe is the one! In the briefing beforehand, we had the words ‘natural motion’ echoed to us a number of times as this is exactly what this shoe is trying to enhance and fuel.

The thing about this shoe that I was instantly made aware of as I weaved my way through the busy streets of London, was how effortless they made my running. 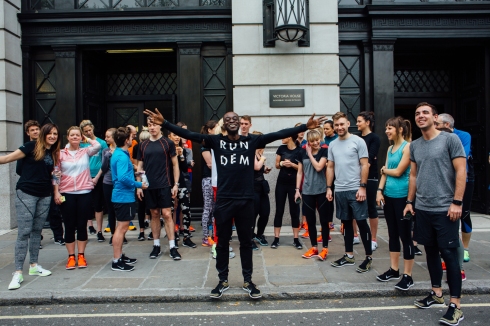 Before I’d got back and engaged in the presentation from Nike Global Creative Director and shoe designer Sean McDowell, I was able to tell just how far Nike had come from their old Free model (which I ran with for a very long time) and that was a great shoe! 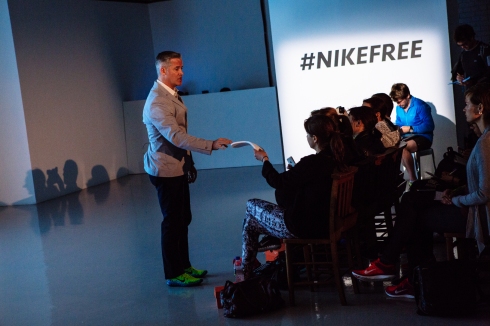 The flyknit upper was always going to be light, I knew that, but I wasn’t expecting it to feel like I didn’t have anything on my feet other than a cushion type landing pad attached to my sole.

What’s most incredible though, is the flexibility. To think that I was wearing the 4.0 version and there was an even lower profile 3.0; it’s scary to think what that would feel like!

The stretch and breathability of the shoe was instantly apparent. Knitting in and out of the London commuters, this urban run really required a lot of directional nouse so having a shoe that allows a range of movement, but keeps you feeling fully supported 100% of the way, was a wonderfully met requirement. 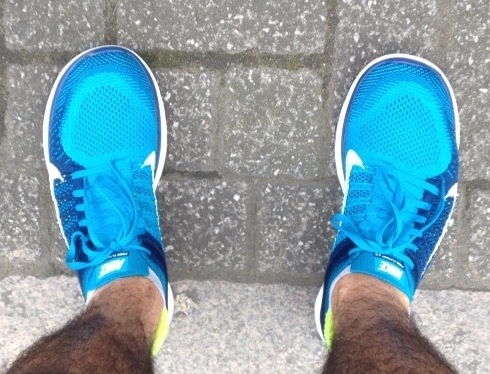 Another feature I noticed when stopping for a priceless group photo was the size of said ‘landing pad’ as you look down on it from above.

Stereotypically, most running trainers that I’ve used have been quite narrow at the front. It’s therefore only upon trying these on that my eyes have been opened and pleasantly surprised, to this slightly wider upper. 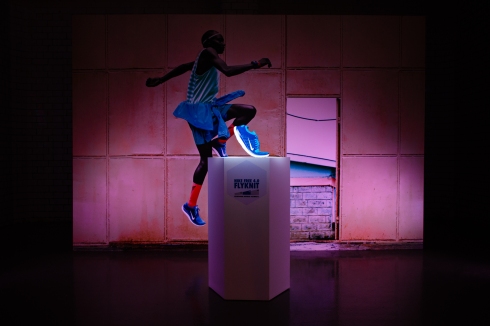 The mechanics of such an implementation meant that I had something of substance, yet still refined in weight to propel myself forward.

The technology behind this was explained to me later in the experience. Sadly then, before I knew it and just as we were properly getting into our stride, the run had to come to an end. Not to worry though, there was still plenty more to experience… 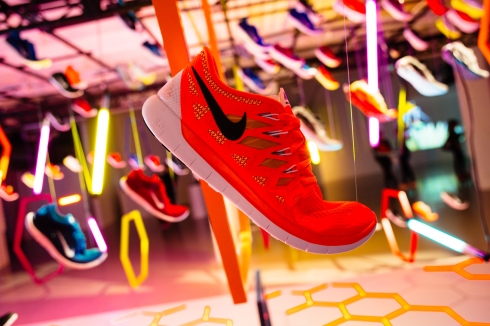 After catching my breath and chatting to some of the fresh-faced Nike athletes, we were lead around different parts of the space. One zone that quickly took my attention and opened my eyes to the exact mechanics of this shoe was the area where my foot implant was printed and analysed. 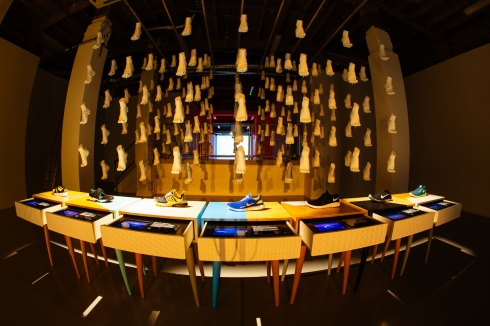 Stepping back from the shoe and focusing on the shape of my foot, I had it explained to me was the exact reason why Nike Free engineers were so confident they were on to a winner with this new shoe. 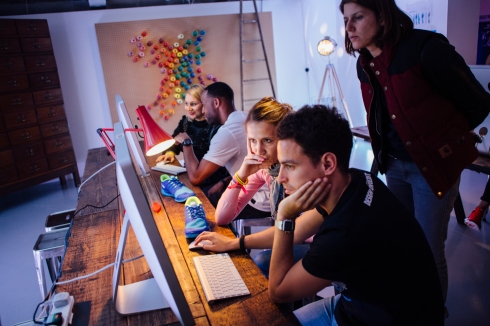 I was asked to walk back and forth a couple of times, as natural as I could (which is harder than it sounds when you’ve got 20 other runners gawping at your every move!) Then, on the wall appears my footprint and a rather nice chap from Nike’s data team to explain a little more about why I was now standing barefoot in the middle of this room. 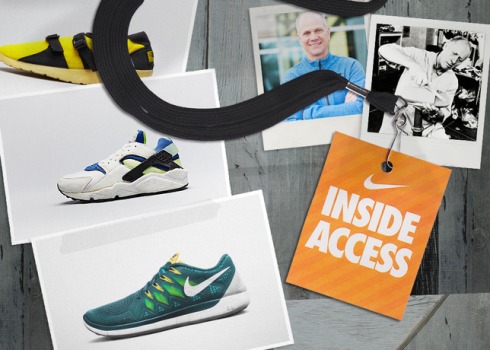 Basically, a fundamental thought that has been pivotal in the making of this shoe is that ‘natural motion is completely unique to each individual.’ So the designers would have to create a shoe that would allow every different running style to operate as it’s supposed to?

Piece of cake for these guys! The data from my footprint and Nike analyst enlightened me just how far the foot moves away from a perfectly straight line as we plant. In actuality, we tend to roll slightly with each strike on the ground. 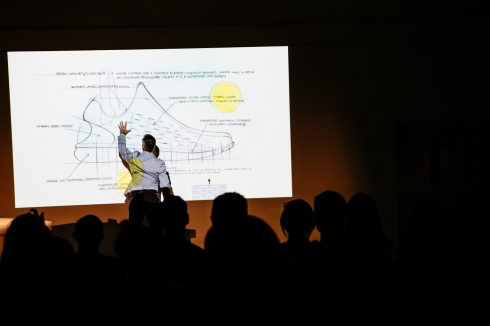 It is for this reason they have incorporated the hexagonal flex groove pattern on the sole of the shoe. An innovative addition that allows this multi-directional flexibility, no matter the runner or how they plant their foot. It also showed me how different the way I planted my foot was to Mo Farah’s… I’ve obviously got a little bit of work to do! 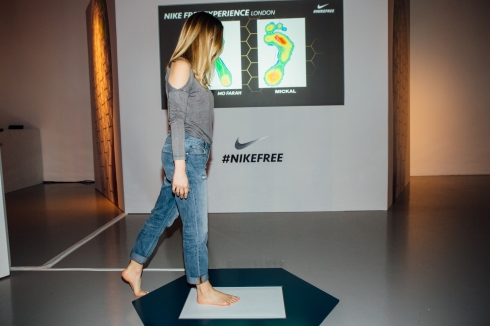 It was then further explained to me in the Sean McDowell presentation that training with this new Nike Free increases foot and ankle strength, foot flexibility and overall balance.

He showed us the history of the shoe, as after all we were here to celebrate its 10th birthday, so why not find out a little more about its evolution over the years. Also, the intricacies involved in ‘micro-engineering’ each part of the shoe, shows just how much Nike care about enhancing the way each and every one of us runs. They’ve done it in such a seamless way! (excuse the unintentional tailoring pun.) 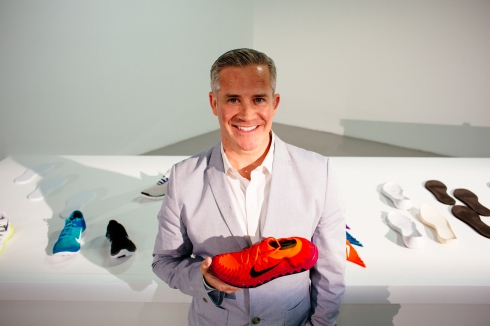 Whilst Sean reiterated what an important breakthrough for Nike’s natural motion philosophy this shoe is, he was keen to emphasise that they are always discovering new understanding about the biomechanics of performance footwear. 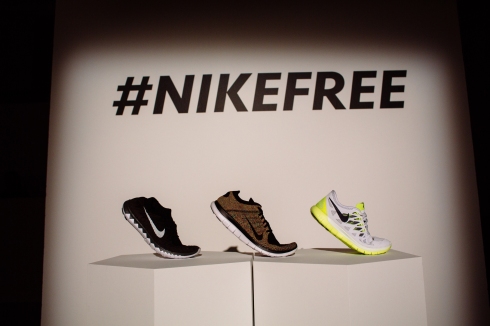 The future of Nike Free shows absolutely no sign of slowing down their progress and the potential for this shoe, they tell me, is far from tapped.

Let’s just hope I’m still able to get those legs moving in another 10 years’ time!

What do you think of the Nike Free? Let us know in the comments section below or on our Twitter and Facebook pages.