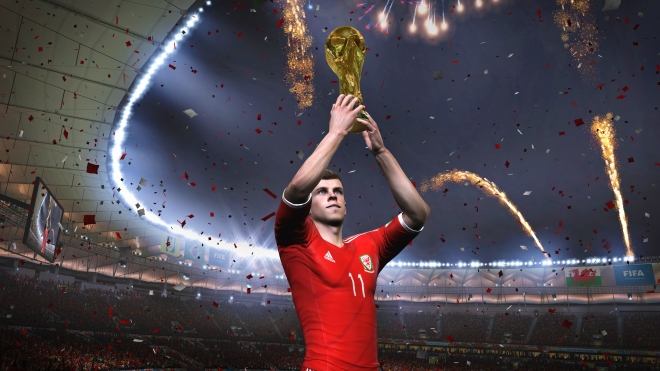 Sport-locker.net cannot help but notice that Gareth Bale is one of a host of star names noticeable by their absence at the 2014 FIFA World Cup Brazil.

The World Cup is undoubtedly the perfect stage for the likes of Bale and Zlatan Ibrahimovic but this year we’ll have to make do with Lionel Messi, Cristiano Ronaldo and Neymar!

EA SPORTS caught up with Gareth on his World Cup dreams to celebrate the launch of EA SPORTS 2014 FIFA World Cup Brazil, in which you can guide your team all the way from qualifying to the World Cup finals.

Which player are you going to miss most from World Cup 2014? Let us know in the comments section below or on our Twitter and Facebook pages.