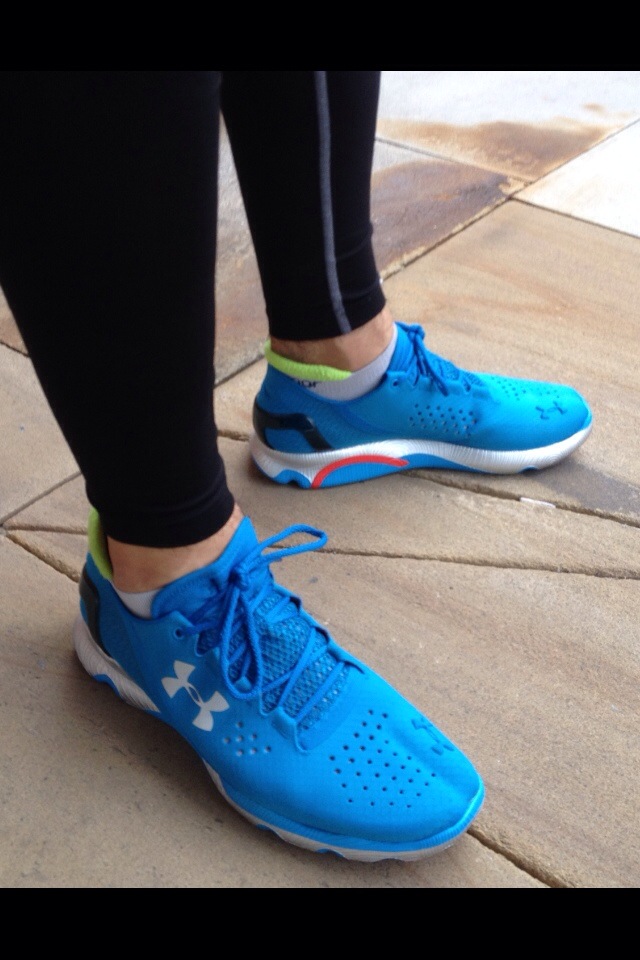 It’s been a hectic couple of months review-wise here at Sport-Locker.net but when we were told about a particular playtest coming our way, we couldn’t help but get excited for an addition to the list.

Naturally, we review a lot of sports gear each year but how often can you say that the running shoe you’re about to slip on was made in a bra factory!

Well the latest innovation from our friends at Under Armour was exactly that and has landed at our door with a bang* – behold the Under Armour SpeedForm Apollo!

*we’ll try and keep punning to a minimum*

So doing a bit of initial research on this running shoe, two things seemed to stand out more than anything else.

The first being this link to the bra factory. Which when you think about it makes absolute sense doesn’t it?

The whole purpose of a running shoe is to provide ultimate comfort and support for the force that’s about to be exerted through your feet and joints, much akin to a bra on a female.

The last thing any girl wants is to be slipping out or in any considerable discomfort whilst wearing their product, I don’t see running as any different!

The second bit of information that will please the company no end, is that the shoe was quickly voted ‘the best debut’ of 2014 by Runner’s World magazine! Instantly, I could see this was not going to be a shoe I should disregarded lightly.

Opening the box, my eyes were greeted with an electric blue upper, certainly a colour that wouldn’t go unnoticed as I prepared to hit the streets of Manchester with them.

They’re different looking, but not in a bad way at all. A material which, in hand, feels smooth and soft without making you think it’s going to rip at the first push of exertion.

The perforations on the front instantly give the impression that they’re looking to emphasise a breathability aspect.

I’m always initially wary of this, as I’d be lying if I told you that most of my Manchester running was done in the Costa del Salford sunshine! Above anything, I need a shoe that will keep my foot dry and not increase in weight with excess water absorption.

Sounds silly, but the first thing that struck me was how easy they were to get on. Where some shoes we’ve previously tested can feel a bit like they’re cutting off the blood supply as you’re putting them on, this shoe feels more sock-like.

No excessive loosening of the laces needed. Now, I never run without socks on, whether it be a normal running shoe or some form of flyknit technology.

However, these seem like they wouldn’t rub in the slightest if I were to go barefoot inside. They seem to hug your foot as you lace the shoe up and don’t feel like there’s going to be any slipping about. I feel this might have something to do with the inside boasting an ‘ortholight foam embedded sock liner’, which cushions the sole of the foot and creates a welcomed lock-down traction.

They’re light too. 182g to be precise, which is always an instant winner with any running shoe I put on.

Yes, I want support and durability but not so much that the shoe becomes like a stone and prohibits a quick run as opposed to aiding. I also like the refined nature of the heel cup. I’m told it’s made of silicone (Had to be didn’t it!?)

In all seriousness though, as you run the heel is completely locked in and goes relatively unnoticed. The breathability element as you go through the gears is also inspired. After hesitations about the holes at first, I’ve come round to the idea a bit and find it light and airy, exactly what’s needed when putting in the miles.

Still possibly a bit wary, were the heavens to completely open, but for anything merely resembling a shower the feet will stay dry. 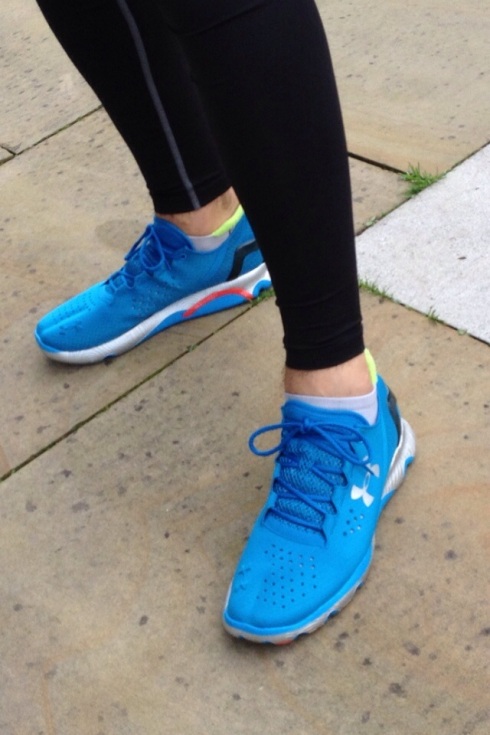 Overall I am very positive about this shoe, but I must add that I’m not overly sure as to the point of the small indentation by the toe (I’m being picky now, I know!).

I’m aware that the older version of this SpeedForm had specific toe dividers, which didn’t go down overly well with the consumer as a rather needless addition.

I liken it to a really nice simple shirt that you’d be perfectly happy with in its original form, but for some reason the designer feels the need to add a pattern or some needless sparkle? 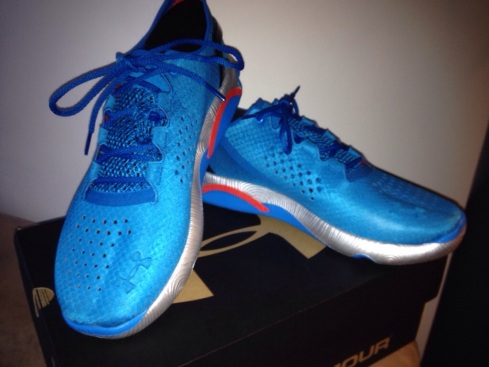 It’s highly evident that UA have produced a fantastic shoe here and clearly took on board previous unflattering comments about the toe dividers, maybe they need to just go one step further though and leave the front completely rounded, no indentation.

As I say, it may well be a small point but I feel the look of the shoe would benefit massively from this small change.

So yes, on the whole I can’t help but be very complimentary about this latest effort!

(And just as we’re about to submit this running shoe play-test, the lovely people at Under Armour send us some brand new ClutchFit football boots. Christmas come early at Sport-locker.net HQ!)

What do you think of the Under Armour SpeedForm Apollo running shoes? Let us know in the comments section below or on our Twitter and Facebook pages.