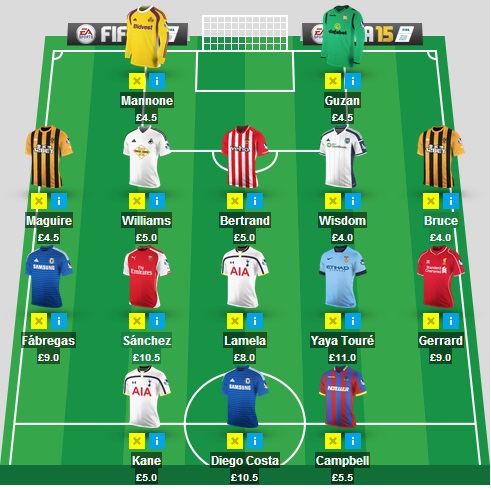 With just 15 days until the start of the new Barclays Premier League season, us lovely chaps (we are, honest) at Sport-Locker.net have decided to mark the occasion by setting up the official SportLocker fantasy league.

And all you have to do is create a team on the Premier League’s official site, whack it into our league using the code below and be in with a chance to win prizes. Oh and did we mention it’s completely FREE to enter?

Every four weeks the manager of the month (decided on points rather than league position) will be handsomely rewarded with some Sport-Locker goodies and then come the end of the season, 1st, 2nd and 3rd will also be laden with prizes accordingly.

We’ll keep you posted with a weekly league roundup, highlighting all the movers and shakers and also confirm our prize winners here on the Sport-Locker site.

We have also recruited our very own Sport-Locker fantasy football spy for the upcoming season, who will run the rule over potential transfer targets, in-form players, chuck out a few meaningful stats and give you all the ammunition you need to get your hands on some freebies.

So, will you gamble on Chelsea’s new boy Fabregas (£9m) to start like a house on fire? Has Yaya (£11m) got over his birthday tantrum? Is Sanchez (£10.5m) Arsenal’s next Marc Overmars or will he play more like Glenn Helder? Will Gerrard (£9m) slip straight into your starting XI? And is Erik Lamela (£8m) even alive?!

Build your team and get involved!

What players are making it into your Fantasy XI? Let us know in the comments section below or on our Twitter and Facebook pages.

One thought on “Sign up to the Sport-Locker.net Fantasy Football League!”