Sport-locker.net bring you some pretty fiery news from the running shoe world…

Yesterday evening Usain Bolt was at the heart of a spectacular stunt in New York today to launch PUMA IGNITE, a running shoe that provides maximum energy return.

In the energy hub of the city that never sleeps, runners powered away on treadmills in Times Square throughout the day with the energy from their IGNITE shoes being collected and stored.

When the threshold reached 100%, the World’s Fastest Man rose up in a theater of light, smoke and fire.

This wasn’t the first time Usain Bolt has made a grand entrance in New York.

In 2008 he broke the 100m World Record for the first time and set upon a stunning track and field career that has seen five World Records, and 14 Major Championship Gold Medals. 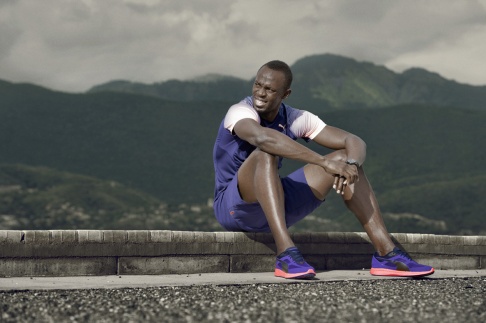 The World’s Fastest Man warms up and trains in PUMA IGNITE, to maximise his energy output and maximize his training impact.

Usain Bolt said, “I’ve always enjoyed a good entrance, and this one was epic.

People were running for hours on end in really cold weather, we were watching the energy meter rise and when it hit the top it’s fair to say there were fireworks. 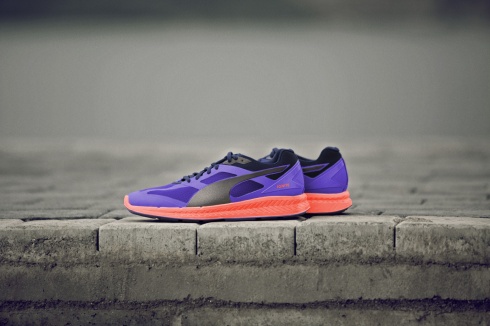 IGNITE is a great a running shoe, along with PUMA spikes, I spend a lot of time training in this shoe as well and it really helps to sustain my energy levels.  I love IGNITE for that.” 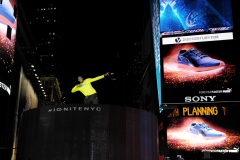 “I’m excited to be back here in New York with PUMA,” continued Usain.  “I have special memories of this city – I always have a great time whenever I’m here, whether I’m competing or otherwise.  It’s always good to back.”

Usain Bolt warms up and trains in PUMA IGNITE, to maximise both his energy output and his training impact. PUMA challenges runners to #IGNITELONDON

What do you think of the PUMA IGNITE? Let us know in the comments section below or on our Twitter and Facebook pages.