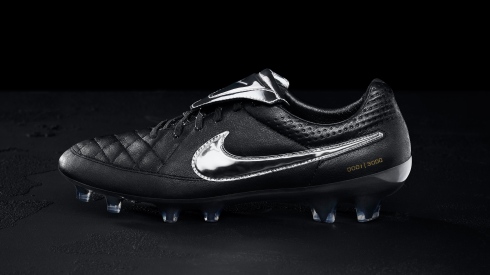 First introduced as the Tiempo D in 1985, the boot has evolved significantly while remaining instantly recognizable to fans and players alike and Sport-locker.net has been a No.1 fan since day one.

One of its signature features, the oversized fold-over tongue, gained immense popularity after eight Brazil players wore it in the 1994 World Cup Final in California.

The original purpose of the fold-over tongue was to provide a flat surface atop the laces for a better strike of the ball. As boots and laces evolved, this was no longer necessary and the iconic tongue was retired with the launch of the Tiempo IV in 2011.

Nike packaging has long included the statement: “Engineered to the exact specifications of championship athletes.”  One of those championship athletes in particular, Francesco Totti, has continued to request the iconic Tiempo tongue on his boots and Nike has delivered for him through the years.

Now, with Totti as Nike Football’s muse, a limited-edition Tiempo Legend V Premium will be available that features the Tiempo tongue while honoring the player who wears it.

“I have always played with boots that had a tongue and for me, this detail on the product is very important. I wear the Tiempo because it is a comfortable boot with a soft leather upper that adapts well to the foot’s shape and grants a great touch of the ball. It’s a classic boot that helps me perform at my best when I’m on the pitch.” – Francesco Totti

Totti has played his entire legendary career with AS Roma, becoming the club’s top goal scorer and its most-capped player. 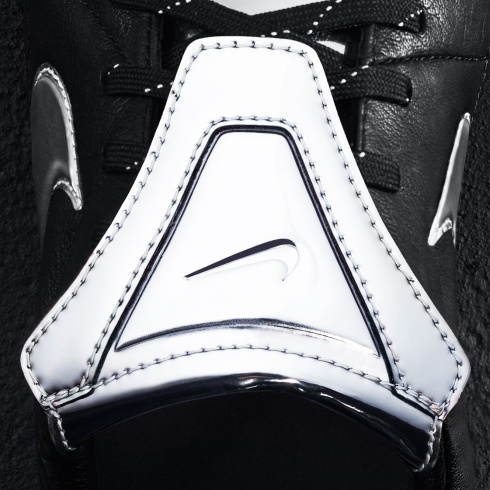 His reputation as a warrior inspired Nike’s design team to place a unique logo on the sockliner that incorporates Totti’s uniform number (10). The tongue and Swoosh of this boot also play off the warrior inspiration with a metallic aesthetic designed to mimic armor.

“This specific version of the Tiempo has a beautiful color since it’s a perfect mix between classic elements like the black upper and more innovative ones like the chrome details on the Swoosh and the tongue. The tongue itself makes this boot really unique and is a key element for me in a football boot.” – Totti 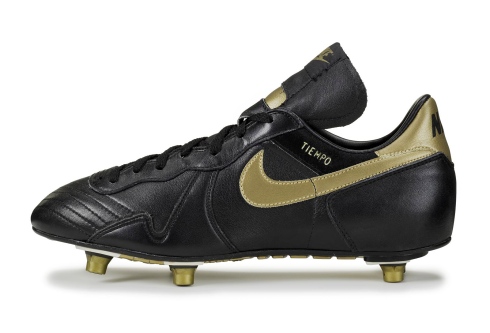 Three-thousand individually numbered pairs of the Tiempo Legend V Premium will be available on nike.com and at select retailers March 5.

What do you think of the new NIKE Tiempo Legend V Premium Limited Edition football boots? Let us know in the comments section below or on our Twitter and Facebook pages.