Posted on May 12, 2015May 12, 2015 by SportLocker Posted in adidas, VideoTagged adidas, Arjen Robben, Gameday Plus, Pep Guardiola, Rita Ora, Xavi

In the new episode of adidas Gamedayplus Arjen Robben, Pep Guardiola, Luis Suarez and footballing legend Xavi speak ahead of the second leg of their UEFA Champions League semi-final.

Suarez speaks about his ambitions in the tournament and how he dreamed of playing in the UEFA Champions League as a child. He is one step away from the final and will be doing his best to make sure his team reaches Berlin.

Xavi, looks back on his UCL career and reveals the secret of his success in the competition. 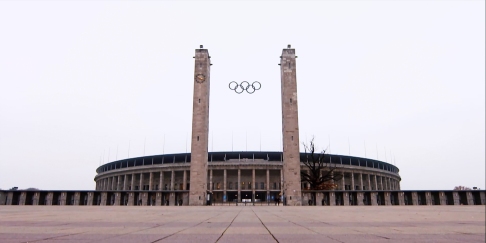 Guardiola and Robben meet Roman Kemp behind the scenes at an adidas photoshoot to talk about the most important goals scored this season and the best way to approach a UEFA Champions League semi-final.

In this week’s exclusive competition adidas give Gamedayplus viewers the chance to win a pair of tickets to the final in Berlin and the chance to play on the pitch the morning after the game.

Roman’s on set with Rita Ora to discuss the connections between football, music and fashion and create the perfect football fashionista out of adidas Football superstars.

Finally, adidas catch up with the SkillTwins who design custom pairs of adiZero F50s with miadidas before testing them out and showing us more of their incredible tricks.

What do you think of the new adidas Gamedayplus video? Let us know in the comments section below or on our Twitter and Facebook pages.