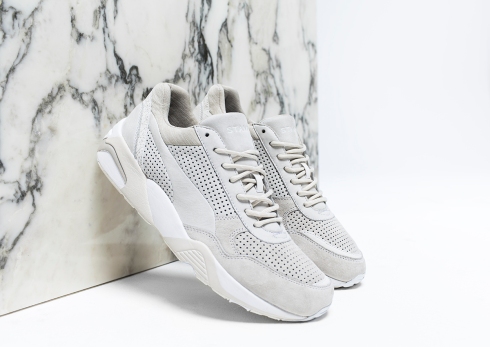 The result is an impressive rendition of the iconic running silhouette, the R698 ‘Desert Storm’ to kick off STAMPD ATHLETICS by PUMA.

STAMPD founder, Chris Stamp, a west coast ‘Avant Street’ influencer, founded the label in 2011. Since then, the brand has made waves in the global streetwear and contemporary scene with Chris Stamp being recognized as one of GQ Magazine’s Best New Menswear Designer’s in the United States for 2015.

Back in 1989, PUMA debuted their most advanced technology yet. Known as the Trinomic cushioning system, it was easily identified by the use of a hexagonal system in the sole that compressed and rebounded load. STAMPD have utilised the classic PUMA Trinomic technology in the R698 Desert Storm.

Expanding on the iconic design of the PUMA R698, STAMPD adds its signature to the shoe – by simplifying the lines of the upper, combining a super soft nubuck leather, adding a 3M layer featuring STAMPD’s seasonal graphic across the heel. 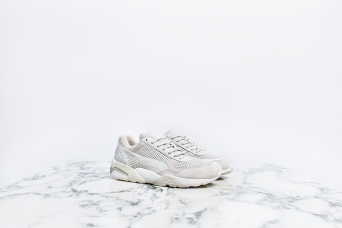 This drop makes way for what will be one of PUMA’s most exciting collaborations with the agenda setting menswear designer Chris Stampd in Autumn-Winter ’15. Using PUMA’s hero silhouette to impressively introduce and validate the collaboration and pave the way for its exciting future.

What do you think of the new PUMA ‘Desert Storm’ R698? Let us know in the comments section below or on our Twitter and Facebook pages.