Following the launch of Doritos Roulette, the brand has again turned up the heat, this time on unsuspecting groups of friends, Sport-locker.net can reveal.

The clip sees Doritos challenge friends to take on the ultimate test of boldness and bravery.

Doritos Roulette is a new snack with a difference, hidden amongst the handfuls of Tangy Cheese flavoured chips in each bag lies a selection of fiery Doritos, covered in an invisible hot flavouring that is 10 times hotter than a jalapeño pepper.

To celebrate the bold nature of the product, Doritos has been putting people to the test asking one of them to prove their bravery to win the trip of a lifetime for them and their friends.

The groups were asked whether or not they would be up for a bold Doritos Roulette challenge, and those who agreed to take part were taken to a challenge location where they were faced with four doors and asked to choose one each. 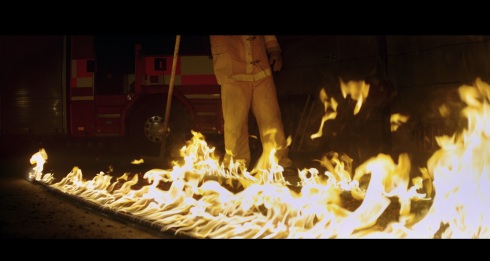 The party were whisked away to a secret location where they were faced with four doors and asked to choose one each.

Some members of the groups were greeted with a comfortable sofa, drinks and Doritos, but just like the hot Doritos Roulette chips, behind one door was a fiery challenge – a challenge of walking over hot coals as their friends watch on. Find out who was bold enough to step up to win a bold night out on a private jet for them and their mates.

Michael Walford, Doritos Marketing Manager said: “We loved setting the groups this hot challenge and seeing which recruits could handle the heat, and the reactions we got were great. The fire walk proved there are some bold people out there and now it¹s up to the British public to prove their boldness and take on Doritos Roulette!²”

New Doritos Roulette has been launched as part of a wider For The Bold campaign by Doritos to encourage people to make bold choices when they¹re getting together with friends.  Watch this space for more of the same! 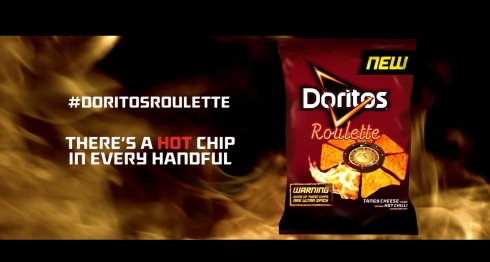 Doritos Roulette has an RRP of £1.99 for a 180g bag and is available alongside the existing range from stores nationwide.  For more information visit www.doritos.co.uk or follow Doritos on Social Media www.facebook.com/DoritosUk or Twitter @DoritosUK

What do you think of Doritos Roulette? Let us know in the comments section below or on our Twitter and Facebook pages.