EA Sports have officially launched Madden NFL 16, giving fans the opportunity to be the playmaker from the war room to the gridiron and have released a movie trailer to give you a glimpse of what gamers can look forward to.

Gameplay enhancements bring new levels of physicality and excitement to the game, creating some of the biggest moments in franchise history, and the new Draft Champions mode gives players a dose of fantasy football with a Madden NFL twist, offering a completely fresh experience.

“Draft Champions provides a new way to play, bringing the fun of a fantasy football draft to Madden, and providing a strategic challenge both on and off the field. On top of that, the new gameplay elements we’ve introduced this year allow you to achieve some really exciting moments that you’ll want to watch over and over again in replay. It’s a great year to be a playmaker.”

Madden NFL 16 packs new tools for QBs, receivers and defenders, giving you the ability to make game-changing plays on both sides of the ball.

Quarterbacks boast new pass types and body-relative throws, while receivers can play the pass in numerous ways to either maximize yardage, secure the catch or try and wrestle the ball away from an opportunistic defender.

Defenders also have new tricks up their sleeves, and can choose to either play the ball to try and make an interception, or play the receiver to attempt to dislodge the pass or make an immediate tackle. 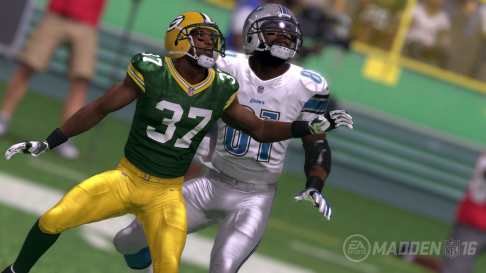 Off the field, Draft Champions puts you in the driver’s seat to create your own squad of elite playmakers composed of both current NFL players and all-time legends.

Take your drafted team into competition against the CPU or other drafted players in an attempt to prove your squad is superior. Once you’ve completed a Draft Champions event, start over with a brand-new team and new style of play.

Fan-favorite modes like Connected Franchise and Madden Ultimate Team also return, complete with their own advancements and improvements. 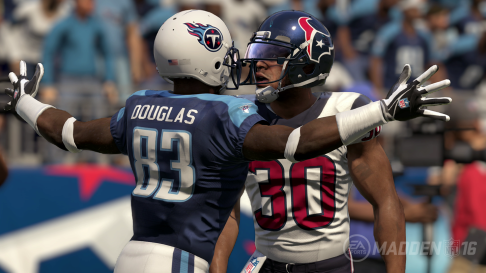 Complete new in-game Drive Challenges in Connected Franchise to give your players an XP and Confidence boost, and jump into new Moments Challenges in Madden Ultimate Team to make the game-turning play at a critical juncture.

What do you think about the EA SPORTS Madden NFL 16 Movie Trailer? Let us know in the comments section below or on our Twitter and Facebook pages.