With the eyes of the world turning to England for seven weeks of sporting history, GUINNESS today launches a brand new campaign, celebrating stories of strength of character and integrity from the world of rugby.

Rather than focus on physical attributes of what makes a rugby player, this campaign looks to inner qualities like courage, empathy and resilience.

Gareth Thomas: Never Alone tells the story of how the former Wales captain’s greatest fear wasn’t the opposition he faced on the pitch, but the fear of rejection from everything he had known, because of his sexuality.

The film celebrates the courage of Gareth, and most importantly, the empathy shown by his teammates when he came out, showing that even when he felt he was on his own and at his lowest point, he was always part of a team.

Ashwin Willemse: The Right Path tells the story of a man who had a choice of two paths when growing up. One dictated to him by a notorious Cape Town gang, and one he would need to make for himself, to follow a path to the pinnacle of rugby.

The film celebrates the choice that he made to defy his circumstances, and with the encouragement of those around him, he became who he really wanted to be, eventually winning 19 caps for his country and becoming a World Champion in 2007.

Along with the two adverts, GUINNESS is also releasing two short documentaries, which explore Gareth and Ashwin’s stories in more detail. These short films shine a light on the events covered in the adverts, providing additional insight from the subjects on the challenging circumstances they faced, and the incredible support they received from their teammates. 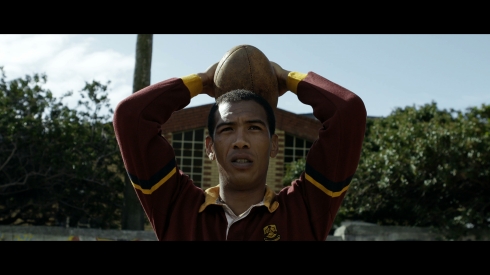 The films were created by advertising agency Abbott Mead Vickers BBDO, in collaboration with internationally renowned Australian director, John Hillcoat, whose credits include “The Road” and “Lawless”, while the music for The Right Path was composed especially for the campaign by legendary award-winning singer and songwriter, Nick Cave, and his partner Warren Ellis. The short documentaries were created by Dan and Ben Tubby, of Tubby Brothers.

What do you think of the new Guiness rugby film campaign? Let us know in the comments section below or on our Twitter and Facebook pages.