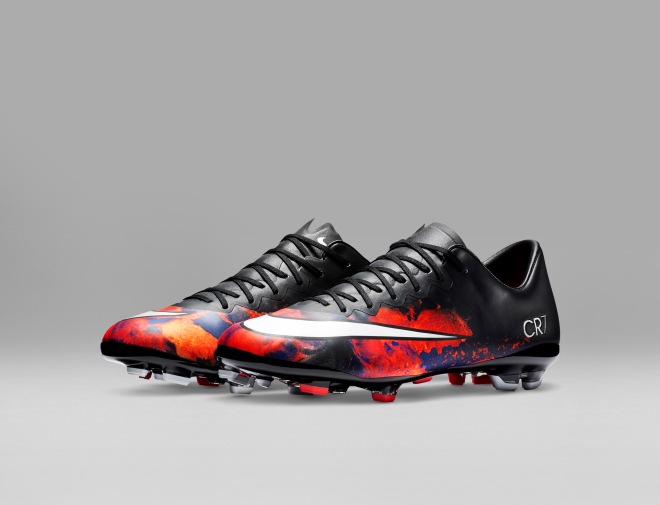 With three Ballon d’Or awards and over 500 career goals, Cristiano Ronaldo is the all-time leading scorer for both club and country.

While he continues to make history on the pitch, Nike is chronicling Ronaldo’s past through a new series of seven Mercurial Superfly CR7 boots, unveiled one at a time over the next several seasons, beginning with .

Savage Beauty takes its cues from Madeira, the volcanic Portuguese island where the player was born.

“Madeira will always be close to my heart,” says Ronaldo. “I’m so happy to represent my island all over the world. It’s a fantastic feeling.”

The lava-inspired print on Savage Beauty is one of the most intricate Nike has ever produced on a pair of boots. A collaboration between Nike’s World Headquarters and its expert artisans in Montebelluna, Italy, the vibrant, six-color graphic flows from toe to heel to accentuate Ronaldo’s speed. 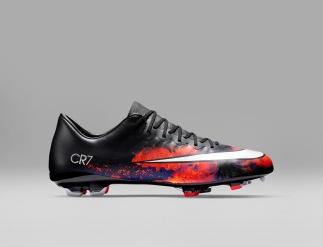 Supplementary color on the medial side adds extra flash while a new, smaller CR7 logo appears on the lateral side of the heel and an iridescent white Swoosh complements the design.

The CR7 Chapter 1: Savage Beauty boots and apparel collection will be available later this week. The Nike Free Mercurial Superfly will be available beginning November 14 through the Nike Football App, Nike.com, and at select retailers.

What do you think of the Nike Mercurial Superfly CR7 Savage Beauty football boots? Let us know in the comments section below or on our Twitter and Instagram pages.