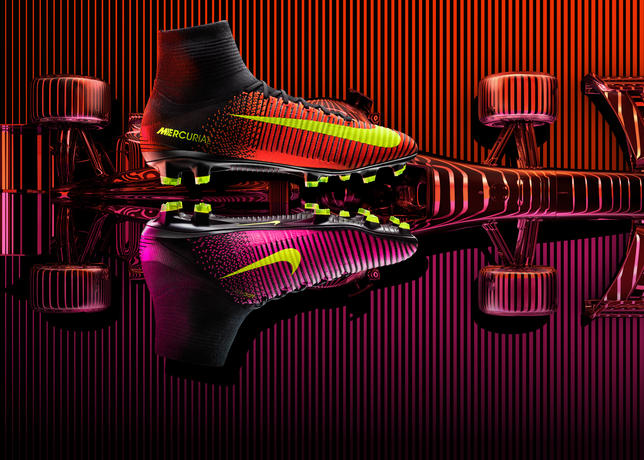 As the year’s pivotal football moments approach, Sport-locker.net unveils the Nike Spark Brilliance Pack, which marks the debut of the new Mercurial.

The boot, originally previewed at Nike’s Innovation 2016 event, was built as a total speed system and features a new plate mapped to the natural contours of the foot.

“Our approach with the new Mercurial was to challenge all assumptions about speed, merging science with design to build the fastest boot in football,” explains Nike Football Design Lead Jeongwoo Lee. “We designed this boot holistically to ensure it was a true speed system, where all of the materials interlock to produce the most efficient package possible.”

The new Mercurial’s anatomical plate is aligned with the natural contours of the foot, eliminating the gap that previously existed underfoot.

Additionally, the boot’s soleplate is 40% lighter than the carbon fiber plate it replaces, yet it is stronger and more responsive. The traction system of the Mercurial has also been revamped for speed. Nike’s design team tested different variations of cleats, blades, chevrons and other shapes in a variety of traction patterns. 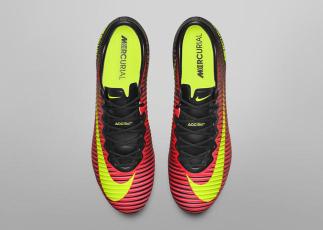 The player synonymous with Mercurial, Cristiano Ronaldo, describes the new plate and traction configuration, stating, “It’s like my attitude. I’m a straightforward and aggressive player. The stud shape reminds me of my character and performs very well on the pitch.” 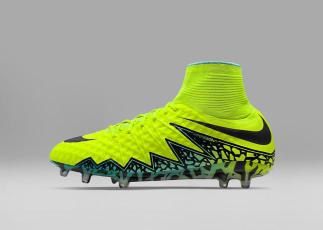 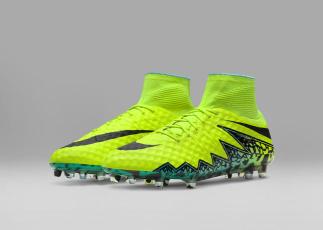 The Spark Brilliance Pack also marks the return of the original Hypervenom I NikeSkin upper on the HyperVenom II silhouette. 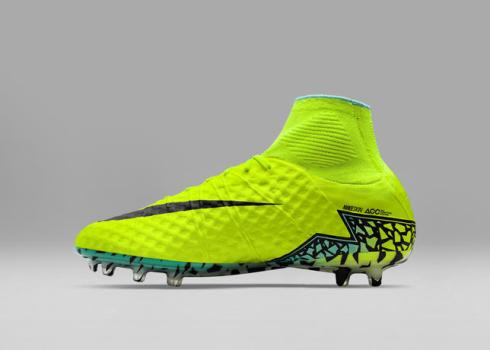 “We provide new boots to our professional players so frequently that we shifted to the Hypervenom I material to ease the break-in period. We want all players to have what the best players in the world are wearing, so we are bringing the Hypervenom I upper back,” he concludes.

Magista and Tiempo round out the pack in vibrant hues with volt accents.

What do you think of the Nike Spark Brilliance Pack? Let us know in the comments section below or on our Twitter and Instagram pages.