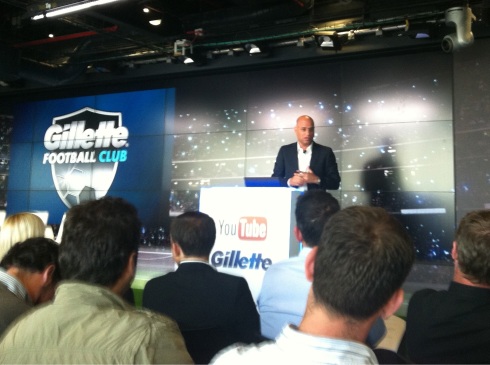 Earlier this week Sport-locker.net were invited to Google Headquarters for the announcement that Gillette and YouTube have become partners, and have released the Gillette Football Club (not soccer thank you very much Gillette).

The new partners are aiming to revolutionise football on the internet, delivering a new perspective on how we watch games, highlights, and extra football content beyond the limited and somewhat stagnant current TV coverage (Excluding Sky’s Fantasy Football Club of course – genius!).

YouTube and Gillette are both keen to emphasise their keen interest in sport, with YouTube recently streaming live over 500 hours of the London Olympic games and including extra content such as athlete blogs. Where Gillette have been the proud sponsors of the FIFA World Cup for over 30 years now, having such stars as Thierry Henry and the now Manchester United man Shinji Kagawa on their (clean shaven) books, and of course also being the title sponsors of Sky Sport’s long-standing live score programme Gillette Soccer Special. 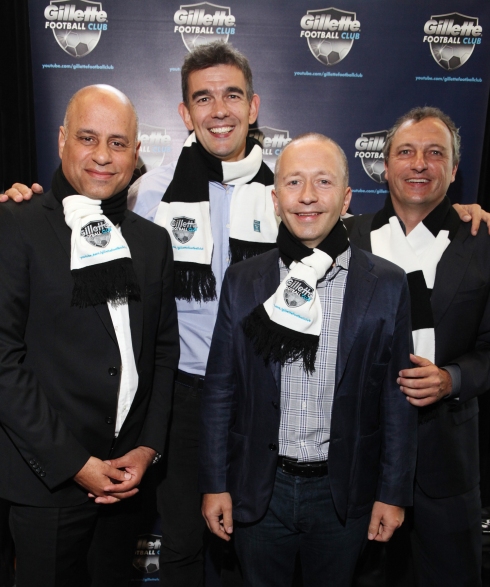 Ok they like football. Ok then I suppose we’re happy for you to be a part of the sacred game. Well then, what does this mean for us fans?

Gillette Football Club is now the largest content sponsorship on YouTube with High Definition highlight video from 21 leagues and 80 clubs (numbers that Google assures are growing).

Great so far, unfortunately for fans in England, there’s no sight of The English Premier League, with the rights still belonging to Yahoo. However, there are relationships with Manchester City and Chelsea amongst the 80 clubs named so far which leaves room our beloved teams getting involved with Gillette Football Club.

Without the Premier League we’ll have to make do with Ligue 1, Serie A, the Bundesliga and the SPL as well as the Russian, Argentinean, Brazilian and Israeli leagues. And if we’re logging on from Spain, we’ll get La Liga access as well!

A big plus side is Gillette Football Club is its customisable to our favourite teams, leagues and even players under the My Channel tab. You are asked to choose two favourite teams when we sign up to get us started. Arsenal, Barca – standard?

Additional to highlights, there’s mention of live streams! Very exciting, yet this is still early days. YouTube have already aired some International Qualifiers, also mentioning streams from the Israeli League for the near future. Alas no sign of the larger European league which are tied up with their respective licenses.

On top of that aptly named, Big Balls Films are contributing to the shows section with two programmes: Copa 90 Allstars, and Meet the Eurofan. As well as the Stats page; including the Gillette Team of the Week, which uses a performance index tool, powered by Squawka, which will analyse matches to identify the 11 best players in the region each week.

YouTube and Google are keen to stress that the site is still in its beta stage and growing as we speak. Yet the site as it is has more than enough to get stuck into straight away for all footy fans. Gillette obviously agreeing, saying that “It’s the best a fan can get” (their marketing department has really pushed the boat out there with that letter change).

Important to mention as well is that when we sign up, Gillette will donate $1, up to $300,000, to Street Football World; an NGO that uses grassroots football to help “change the lives of young people” through education, training and health programmes.

From a fan’s perspective this sounds very exciting, The Gillette Football Club could be s standard fixture of the Footballing weekend. Well played lads.