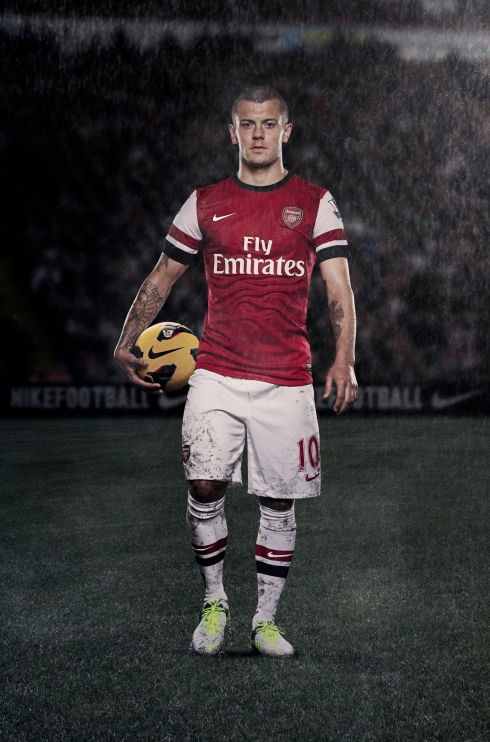 The weekend marked the comeback of Arsenal and England midfield maestro Jack Wilshere and Sport-locker.net caught up with the 20-year-old to talk all things football…

After a long time out, what are your personal aims for this season?

First of all I’m looking to get back in the team and to perform well. I don’t want to get back and be off the pace – I need to be at it and be ready to play at the highest level.

Hopefully once I get back in the team then I can look to maintain fitness – obviously it’s been a long time and so the body has to adapt to playing again. Then I’m just looking to keep my place in the team and hopefully take it onto the international stage as well.

What’s kept you focused during your extended lay-off?

Going to the Emirates every other week, watching the boys and thinking “I want to be out there” – that’s what’s kept me going.

What can Arsenal realistically hope to achieve this season, and how do you rate the other main Premier League challengers?

Every year we have a meeting and we plan to fight on all fronts – this year is the same and we’ll see how it goes. We’ve started well enough in the league, obviously we’ve got the domestic cups and we want to do well in the Champions League. 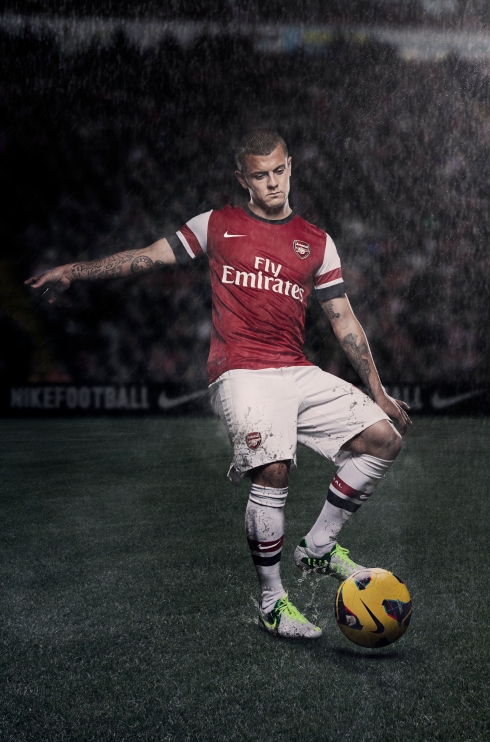 Arsene Wenger has expressed his desire to see the whole team contributing goals, not just the strikers – are you hoping to get forward more and add that to you game?

I’m always looking to improve every aspect of my game. Before I got injured, I wasn’t getting forward enough and didn’t score enough goals, so that’ll be something I’m looking to do this year and I’ll hopefully get a few more for the team.

Having grown up in England do you feel as though you’re at an advantage compared to overseas players who aren’t so used to the British autumn and winter?

I think so. Players have to adapt quickly when they come to England. You find that the foreign players that do well here are the ones that adapt best to the conditions. I think it gives us an advantage in the Champions League too, when teams come over and the weather’s not good, the English lads are used to it.

How are the new signings settling into the squad?

I think you can see already that we’re gelling. A couple of months ago none of the new boys even knew each other or the rest of the squad, but I think good players just fit in. For example with Cazorla, you can tell he’s just a natural footballer so he fits right in.

Talking of Cazorla, he has made a flying start to his Arsenal career – how effective can your partnership be in midfield?

I think you can see that there’s great competition now throughout midfield. That’s what players need – if you’re guaranteed a place every week maybe you can just go easy, but with the competition we have at Arsenal in midfield I think it’s good for everybody.

Looking at partnerships we’ve got Abou Diaby and Mikel Arteta as well. I’ve never played with Mikel Arteta and he’s been at Arsenal a year, so I’m excited about playing with all of them.

Alex Oxlade-Chamberlain has emerged as a star for Arsenal and England during the past year, how much are you looking forward to finally linking up with him?

If we can get playing together for Arsenal then hopefully we can take it onto the international stage and it’ll be great for both club and country. I think that Alex is already mature enough to step in at any level. You could see that at the Euros – he was just 18 but it was like he was meant to be there.

That confidence is one of his main attributes, and I think that the boss at Arsenal has been really good for him.

Which players did you look up to when you were coming through at Arsenal?

I looked up to Dennis Bergkamp – he was number ten and I was wearing number ten in the reserves and the youth team. As a midfielder there was Vieira who was always the leader.

And then Cesc, who’s not really that much older than me but was in the team from a young age, so he was one I always looked up to as well. 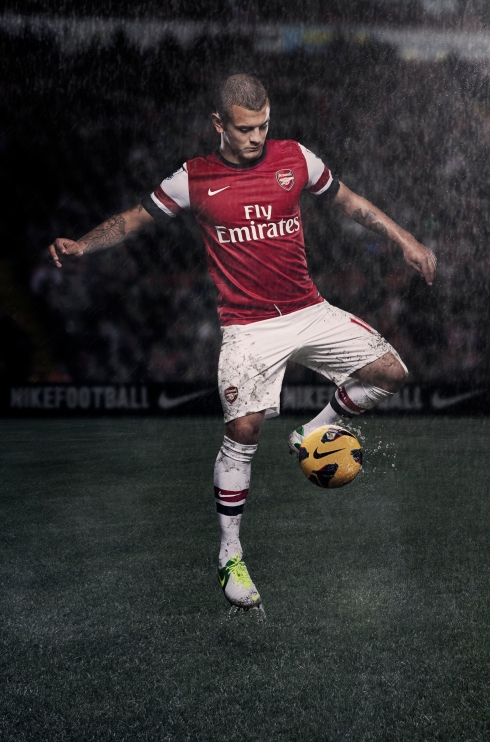 How has growing up in the Arsenal/Wenger system helped you become the player you are today?

Arsenal’s game is based on close control and quick passing – how important is it to be able to trust your footwear no matter what the elements throw at you?

I think it’s very important, especially at Arsenal. Our game is all about quick passing and technique – I think you can see when you watch us that’s our main attribute. If you’re comfortable in your boots and you’re comfortable on the pitch then that’s the main thing.

Are you the kind of player who relishes playing in the wind and rain?

I think in England you have to like it – you get every type of weather from January all year round really – it’s always different. We all know the wind and rain is part and parcel of football and if you don’t like that then you can’t play over here.

What have been the worst weather conditions you’ve played in as a professional?

Probably in the Carling Cup away at Ipswich two years ago. It was just torrential rain and the wind was blowing, and we were losing which didn’t help!

One of your most memorable performances in an Arsenal shirt so far was against Barcelona in 2011 – how important is the Champions League to a club like Arsenal?

The Nike Maxim hi-vis will be used through the winter across the Premier League, Serie A and La Liga. For more information visit nikestore.com

Do you think too much pressure is being put on Wilshere for club and country? Let us know via the comments section below or on our Twitter and Facebookpages.