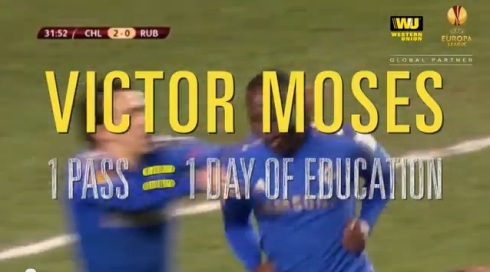 Despite Champions League football dominating the headlines this week (and rightly so) Sport-locker.net are still looking forward to the UEFA Europa League semi-final ties.

With that in mind, and ahead of their trip to Switzerland to face FC Basel, here’s a video of Chelsea star Victor Moses talking all things Chelsea…

He has his say on their hopes of a top four finish, what it would mean to win the UEFA Europa League, Frank Lampard and that ever elusive rumour of Jose Mourinho coming back to Stamford Bridge:

Every successful pass made by the four clubs Chelsea, FC Basel, Benfica and Fenerbahçe competing in tonight’s UEFA Europa League Semi-Finals will contribute further to a new education initiative being run by the Global Partner of the UEFA Europa League Western Union.

Called PASS, the initiative is turning every pass in this season’s competition into funding to support one day’s education for young people around the world. So far, 174,495 days of funding have been raised since the start of the Group Stage. 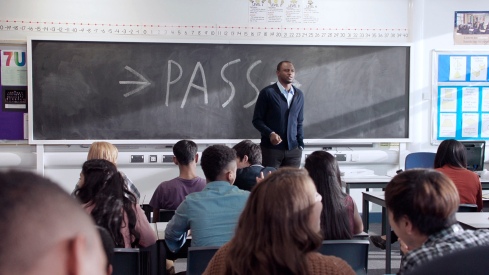 “Football was my ticket to success, but for the vast majority of young people education is the key that allows them to become whatever they want to be,” explained the former AS Cannes, AC Milan, Arsenal, Juventus, Inter Milan, Manchester City and French international player, who was born in Senegal before moving to France at the age of eight and is currently football development executive at Manchester City.

What do you think of the initiative? Can Moses lead Chelsea to Europa League success? Let us know in the comments section below or on our Twitter Facebook pages.

One thought on “Video: Victor Moses talks all things Chelsea ahead of FC Basel semi-final”