Ahead of the UEFA Europa League semi-final 2nd Leg matches, Sport-locker.net brings you a video of Dutch Legend Patrick Kluivert speaking all things Europa League (including being a wolf in sheep’s skin!)

Home advantage in the second leg will be key in the eyes of the former Ajax, Barcelona, Milan and Newcastle striker but who has caught his eye in the competitions, who is he tipping for the title and what kind of atmosphere can the finalists expect at the Amsterdam Arena, a stadium he was one of the first to play in. 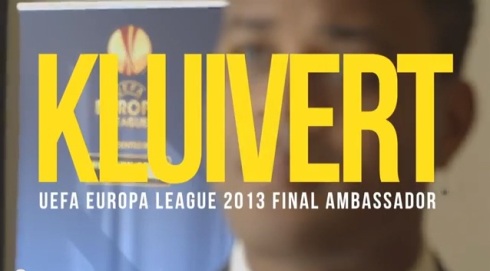 The all-time leading goal scorer for the Dutch national team also explains why he is supporting the Western Union PASS initiative, which see the UEFA Europa League Global Partner turning every successful pass in the competition into funding to support one day’s education for young people around the world.

The fund aims to reach one million days of school over the next three seasons.

What do you think of the initiative? Do you think Chelsea will win the Europa League? Let us know in the comments section below or on our Twitter and Facebook pages.