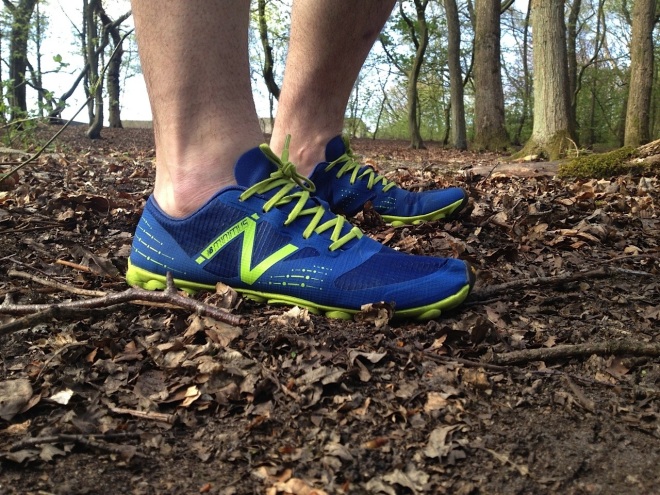 We’ve grown our hair long, started handing out the free love and gone all barefoot at Sport-locker.net this month…

Maybe it’s down to the weather but in true British style we’ve whipped our shirts off (or in this, case traditional running shoes) at the merest peek of the sun from behind a bank of grey cloud in our quest for the perfect running technique.

As well chucking us a pair of their new Minimus 10V2 Trail the guys at New Balance have been good enough to send us a pair of Minimus Zero Trail as well, and we’ve given them a thorough going over.

With a name like ‘Minimus Zero’ I probably shouldn’t have been surprised that these shoes were light. But I was. And wow, are they light!? Barely tipping the scales at a feathery 124g, more than 50 grams less than the 10V2 Trail, you’d be forgiven for wondering where the rest of the shoe is when you first pick them up.

The NB tech spec tells us the upper is made primarily from just two pieces of material – a lightweight and unlined mesh, coupled with a laser cut and fully welded overlay. This construction not only gives the Zero Trail it’s incredibly floaty feel, but also happens to make them look super cool – we particularly like the blue and lime green colourway –

I’ve certainly felt some admiring glances coming their way since I’ve been wearing them. I was slightly concerned when I noticed that the shoe actually comes with a caution on the label! More on that later…

I’ve been curious about the barefoot running experience for a while and have been reading about the pros and cons for some time. I have to say, I did have a sense of nervous anticipation before my first run in the Minimus Trail Zeros.

Once laced up the shoe grips the foot really nicely giving the impression of some semblance of support and the inside of the shoe is surprisingly soft considering the stripped-back construction NB’s trainer magicians have used to keep the weight down.

The soft, single-layer tongue adds to the comfort and ensures the Trail Zero really maintains that barefoot feel. The brand new Vibram T-Lite outsole has been designed after careful analysis of the wear patterns from the minimus Trail 10 series shoe.

The result is supple but sturdy webbed midsole patter with small, cushioned pods which move independently. This design is unique to NB and it provides that much needed reassurance that I’m not going to come back in from my run and have to start picking glass and sharp stones out of the bottom of my feet. There’s enough flex in the sole for it to feel responsive when turning sharply and a small amount of cushioning which make small drops and steps bearable.

After my first couple of runs (a 4k break-in and a 10k tester the following day) I noticed two main differences from my comfy old NB runners. My calf muscles felt unusually tight and my feet had blistered quite badly. I’ll put the calf pain down to the shift in running style which is unavoidable and necessary when switching to this type of shoe. In fact, these trainers are inspired by Good Form Running which teaches methods of improvement for those seeking to conquer gait issues.

I can’t tell whether it’s the shoes and their 0mm drop that have changed my running style or whether it’s something I’ve done semi-consciously, but I have definitely adopted a much more fluid running action which has enabled me to bring my 10k PB down significantly since running in the Trail Zeros…and the calf pain has started to drop off as well.

As for the blistering, I’m an all or nothing kind of guy, so I decided to go all out barefoot and leave the socks in my kit bag. I must confess that my feet blistered pretty badly for the first couple of weeks, but this could  have be down to sizing issues as the problem seemed to disappear fairly quickly. 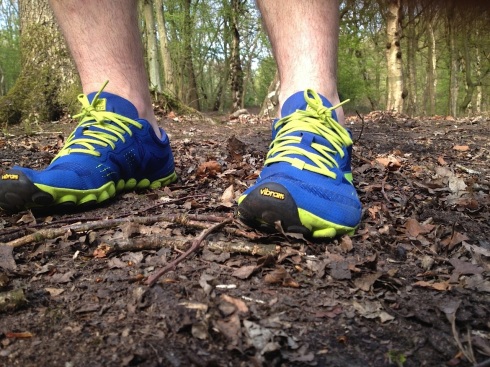 One thing I would question is NB’s ‘odor-free’ claim, but then again my plates of mouldy meat have destroyed many a quality a pair of shoes before now so no real surprises for me here.

My only other small gripes would be a slightly disconcerting slapping sound when the foot strikes the ground on hard surfaces (possibly down to poor technique on my part), a slight lack of grip on wet surfaces and that the extremely lightweight materials may not be as hard wearing as their more traditional counterparts – the right shoe developed a very small tear in the mesh after around 5 weeks of regular running.

The Minimus Trail Zeros are a great pair of incredibly lightweight running shoes for those looking for something as close to a barefoot running experience as you can get without shredding your feet to ribbons. It certainly pays to take heed of NB’s warning and introduce the Trail Zeros gradually into your running routine.

There is significantly less cushioning and support in these trainers than in a more traditional pair of running shoes – you’ll feel like you’ve been running in Ugg boots once you give these a go – but once you’ve settled into them you should notice a real change in your running technique, hopefully you’ll find it an improvement.

They look so good I’ve even found myself chucking them on with my jeans to nip to the pub with the Sport-Locker boys for a tomato juice, so even if you don’t get on with them for your running requirements, you’ve got a great looking pair of sneaks to impress your mates with! 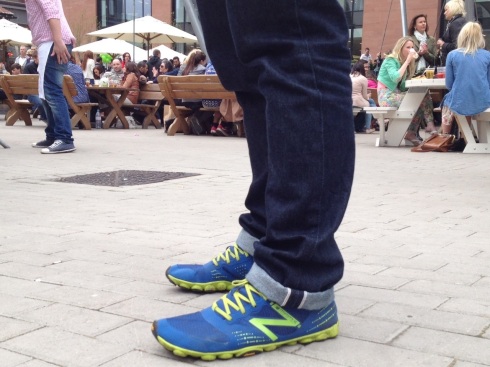 What do you think of the New Balance Minimus Zero Trail? Are you a barefoot runner? Let us know in the comments section below or on our Twitter and Facebook pages.