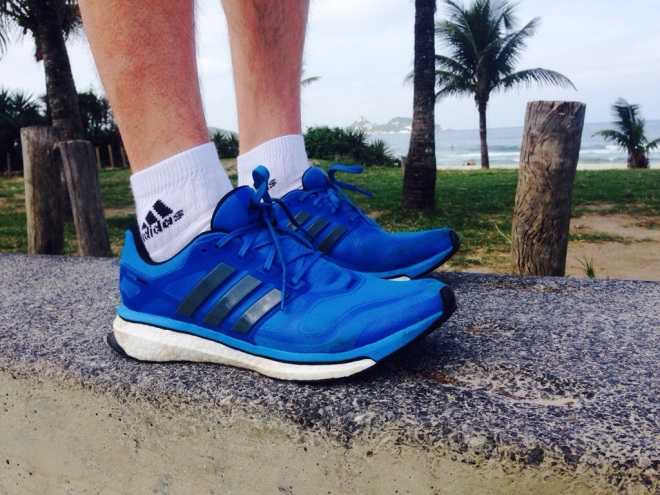 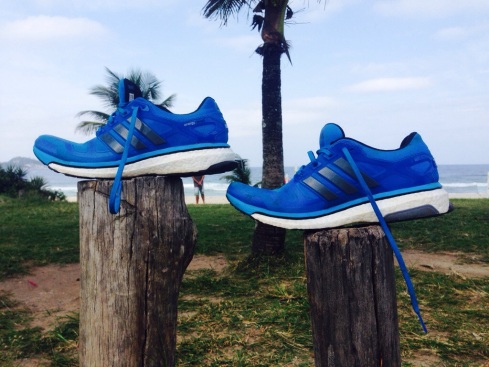 It was just over a year ago that Sport-Locker.net was introduced to the adidas Boost running shoe.

Adidas were sticking their neck out by introducing a bold and innovative new technology to a busy market but we were not the only ones who were blown away by their performance and we feel confident in our assessment that the original Boost was a game changer.

We loved them so much that we wore our pair into the ground and we are not ashamed to admit that we came close to shedding tears when overuse materialised in the form of a gaping hole.

This is no slight on the quality of the original Boost, rather our insistence on wearing them on a bicycle with toe cages.

So, the arrival of the new Boost 2 was a gift from the running gods even if we were worried that they might not meet the lofty standards set by their predecessor.

But we needn’t have been so fearful. Adidas are clearly aware that they had a winner on their hands with the original Boosts and sensibly resisted the urge to fix something that was never broken.

At first glance the only major difference is that the Boost 2 have been given a little freshen up with some bright yet tasteful colourways.

They do also look slightly more banana shaped when set down on the ground with the toe area rising up because of the stretch mesh but this slightly bizarre feature is all but eliminated once you slip them on.

The other new feature to note is the more rigid adidas logos on the side of the foot. The initial fear that these might cause friction and discomfort never materialised and in fact offers good stability.

Thankfully the innovative ‘polystyrene’ midsole remains and offers the same high levels of cushion and comfort as well as that all important performance enhancing bounce.

Rarely do we genuinely feel the impact and benefits of running shoe technology but with the Boost technology the legs definitely feel bouncier, fresher for longer and actually ache less after.

All of the successful and effective tech that featured on the original model have returned to offer the same high performance level as set out by adidas:

Benefit: Durability
How it works: Stuff that stands up to abuse
What it is: ADIWEAR is a high abrasion rubber that lasts even when dragged or slammed into the ground.

Benefit: Midfoot Support
How it works: A bar between the toes and heel
What it is: TORSION system helps shoes flex correctly, supporting the midfoot while allowing the toes and heel to move independently.

Benefit: Endless Energy
How it works: A revolutionary foam
What it is: Boost features thousands of visible energy capsules that store and unleash endless energy every time your foot hits the ground. 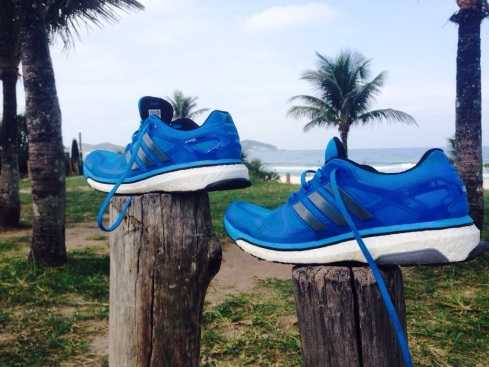 To sum up, Sport-locker.net is both relieved and impressed having given the adidas Boost 2 a rigorous testing.

Relieved that adidas were not tempted to alter a winning formula and impressed with the response and performance.

The Boost 2 offers something for neutral runners of all levels and abilities. For part time runners there is great comfort and stability.

For regular and competitive runners there is the responsive performance from the Boost midsole that in my experience doubles up as a muscle fatigue fighter allowing you to run further and more regularly.

While testing and enjoying the adidas Boost 2 we were able to chart our performance thanks to a nifty piece of gadgetry recently released by Wahoo Fitness.

The TICKR Heart Rate Monitor and IPhone App enabled us to tailor our workouts and build a personalised training program.

Most interesting  is the unique Running Smoothness feature that measures your running form and efficiency.

This is a measure of your unique ‘jerk’ which is the amount of up/down, side to side and front to back movement.

What do you think of the adidas Energy Boost 2 running shoes? Do you wear them? If so, please leave a comment below or on our Twitter and Facebook pages letting us know what you think of them.