Posted on July 18, 2014 by samsportlocker Posted in Football, Football kit releases, Under ArmourTagged 2014/15, home and away kits, sport-locker.net, tottenham hotspur, Under Armour 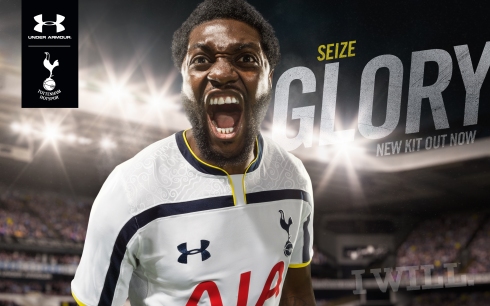 Sport-locker.net can today unveil Tottenham Hotspur’s new home and away Under Armour kits for the 2014/15 season – and the designs have been inspired by former player and manager Bill Nicholson.

Recognised as one of the most significant people in the Club’s history, 2014 marks the 10th anniversary of Bill’s passing. 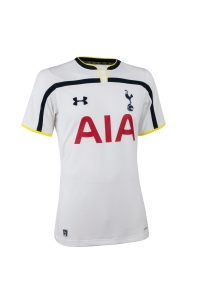 The kits reference one of Bill’s most famous quotes – ‘It is better to fail aiming high than to succeed aiming low. And we of Spurs have set our sights very high, so high in fact that even failure will have in it an echo of glory.’ 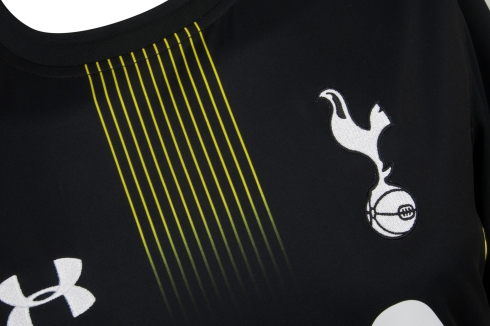 This ‘Echo of Glory’ inspiration pays tribute to Bill’s achievements and significant contribution to the Club. 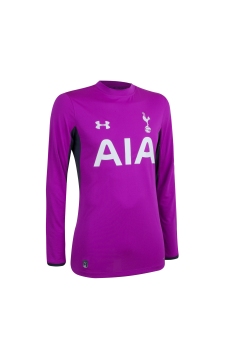 Fans will have the opportunity to engage further throughout the season via an immersive, digital experience, which will invite Spurs fans to add their own voice to the ‘Echo of Glory’ by tweeting messages of support to the team ahead of the new season using the hashtag #SeizeGlory.

The supporter messages will be digitally sewn around the body of Brazil midfielder Paulinho to create the new home shirt. 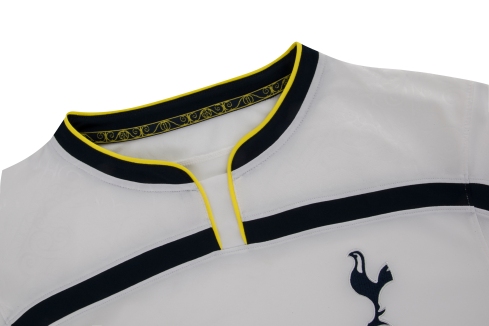 The home kit is a traditional lilywhite shirt set off by a navy blue horizontal stripe running across the chest. 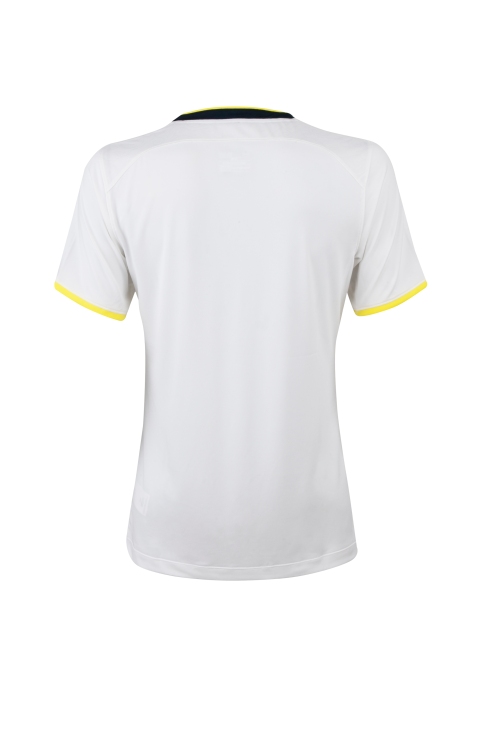 A jacquard runs across the shoulders which includes the words ‘Echo of Glory’ taken from Bill’s quote together with a pattern inspired by the famous Bill Nicholson gates which lead up to White Hart Lane stadium on Bill Nicholson Way.

Yellow taping on the sleeve cuff and collar adds an additional colour flash to set off solid navy blue shorts and white socks. 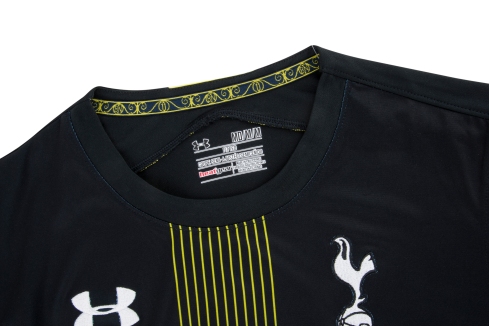 In the away kit, a yellow highlight is more visible down the front of the black shirt, with 11 stripes signifying the number of trophies won during Bill’s reign.

Yellow taping is also replicated along the sides of the accompanying black shorts and socks.

The kits are available to purchase today at Spurs shops and the Club’s official website http://www.tottenhamhotspur.com

What do you think of the new home and away Tottenham Hotspur kits for the 2014/15 season? Let us know in the comments section below or on our Twitter and Facebook pages.