Sport-locker.net has been awash with adidas Predator Instinct related content recently and we have something a bit special to add to the mix today…

To celebrate the recent launch of the boot, football legend Zinedine Zidane has appeared in a video which shows the exact moment when “Instinct Takes Over” for one of the greatest players of all time.

The design patterns of the Predator Instinct range are inspired by the predatory animals that use their instinct to hunt.

The new boot enables players to unlock their predatory potential, and the visual representation of this can be seen on film as Zidane’s face and body morph to expose a side of the player that has never been seen before.

The film was captured recently as Zidane hosted a football tournament in his native France.

The tournament, staged in the historical Arles Roman Amphitheatre located in the south of the country, required players to show their true Predator skills and use their anticipation, touch and vision to control the game.

On the amphitheatre’s sandy surface, the best teams from around the country competed against each other – with Zizou also joining in with the matches themselves. The tournament marked the first time football has ever been played in the UNESCO World Heritage site. 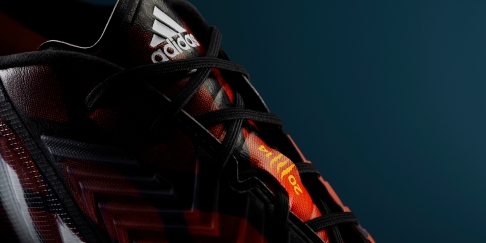 The latest incarnation of the iconic Predator football boot has been timed to coincide with the 20th anniversary of its original release.

The Predator, made famous by players including David Beckham and Zinedine Zidane, has been re-imagined in a design that celebrates the heritage of the boot alongside the animalistic instincts of the players that wear it. The ‘Predator Instinct’ boot launches the range with a return to the classic red, white and black colourway. 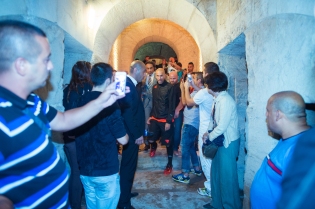 The new technological features of Predator Instinct mean the boot remains all about control. The biggest innovation comes in the form of a revolutionary control frame, which extends around the boot and down onto the forefoot, ensuring ultimate levels of grip, touch and control of the ball – ideal for quick dribbling and change of direction. 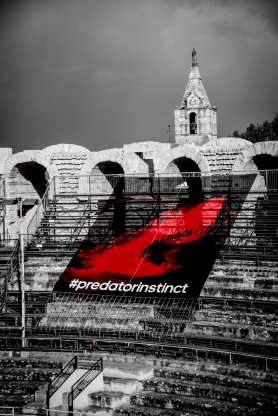 In its 20th anniversary year and to celebrate the previous 14 generations of Predator, adidas is releasing 14 new versions of the Predator Instinct during 2014.

This includes Revenge Instinct, a heritage set of three Predators based on the original designs of the 1994 Predator, the 1998 Accelerator and the 2002 Mania.

The boots are available to purchase now at adidas own-retail outlets as well as specialist stores worldwide. For further information please visit www.adidas.com/football or go to www.facebook.com/adidasfootball or @adidasfootball on twitter #PredatorInstinct to join the conversation.

What do you think of the Predator Instinct? Let us know in the comments section below or on our Twitter and Facebook pages.