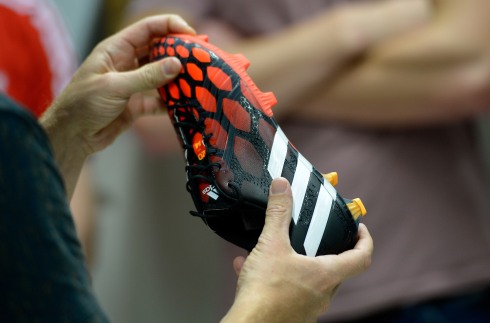 It’s not often that you get the chance to see the inner workings of one of the biggest brands on the planet at their global headquarters.

But that’s exactly what Sport-locker.net got to do after being invited to the frighteningly futuristic home of adidas in Germany!

Herzogenaurach is the town that plays host to the working home of the iconic three stripe brand and we were lucky enough to spend an action packed day there earlier this month.

And despite a ludicrously early flight, it was more than worth it…

In case you have been locked away for the past couple of months (we hope you haven’t) adidas recently celebrated the 20th anniversary of their iconic Predator football boot with the launch of the Predator Instinct.

After attending one of the most bonkers event (in a very good way) we’ve ever been to, we thought adidas were done with their promo push for their latest Predator incarnation.

Pleasingly for us, this was not the case. A trip to their German HQ beckoned.

Upon arrival in Herzogenaurach, the birth town of the founder of adidas, Mr Adi Dassler, it was very clear how strong the adidas presence was.

It’s hard to put into words just how impressive the adidas ‘campus’ is. The grand scale of it is quite breath-taking. It hosts 2,000 employees and from what we were told, they can enjoy a healthy work-life balance.

The adidas HQ grounds are sprinkled with an array of basketball, tennis and volleyball courts as well as football pitches and staff gym. In short, it’s a dam cool place to work…!

We were told that the staff are encouraged to utilise the grounds too. “As long as the work gets done, it doesn’t matter what time we start or finish work,” our guide reliably informed us.

Our first point of call was the ‘laces’ building – an uber modern structure with bridges running across it in the shape of laces. A truly stunning piece of architecture. 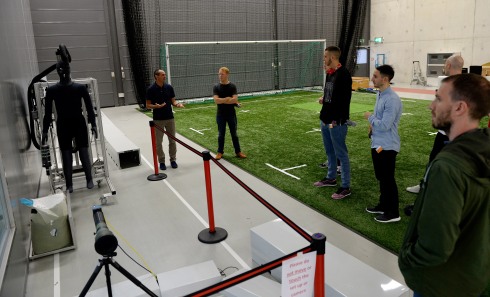 It was here where the AIT (adidas Innovation Team) are based and we were introduced to the team who use some of the most innovative and technologically advanced equipment to test and create the iconic adidas products that eventually end up in stores across the world.

Immediately our eye was drawn to what we later found out is called the ‘Robi Leg’ – the machine adidas use to test new footballs as well as boots. It can kick balls up to 100mph (we were told that Gareth Bale tried to beat the machine, and failed!)

The accuracy of the robotics of the machine means that the AIT can test the same type of shot over and over again, something which is impossible through human testing. It was all getting a bit I, Robot!

We were then shown the rotational traction test machine, which the AIT use to test the levels of grip and resistance generated by the studs to turf.

Astonishingly, it was explained that they could also leave this machine running through the night (for over 10 hours) to see how a new style of stud density holds up after a sustained period of continuous grind!

So much work has gone into the traction aspect of the Predator Instinct, and it was really interesting to hear how adidas respond to player feedback.

For example, Lionel Messi likes his back two studs (on his f50 adizero) to be shaved down a little to make him feel closer to the ground – as he has such a low centre of gravity. Genius!

It was then time to grill the men behind the Predator Instinct! 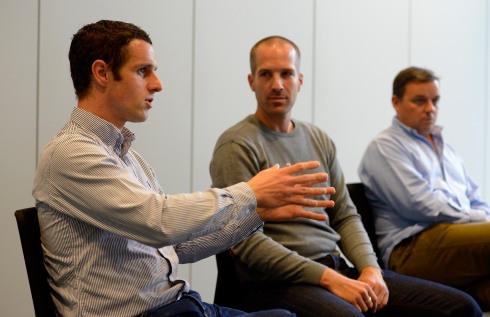 Aubrey Dolan, category manager for adidas football and Romain Girard, the category designer of the new Predator Instinct boot answered all our questions with great confidence and authority. 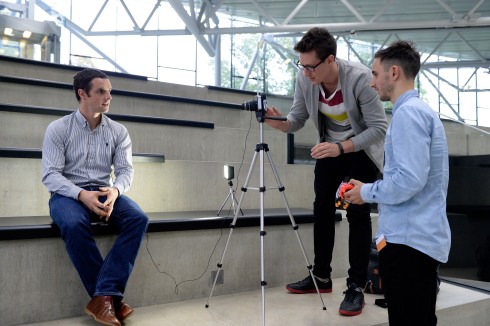 No stone was left unturned when creating these Predators let me tell you! We’ll have the video of Dolan’s interview up on the site soon…

The most secretive part of the trip followed shortly after as we were EXCLUSIVELY invited in to the Athlete Services – it’s normally a no-go area for riff raff like us! 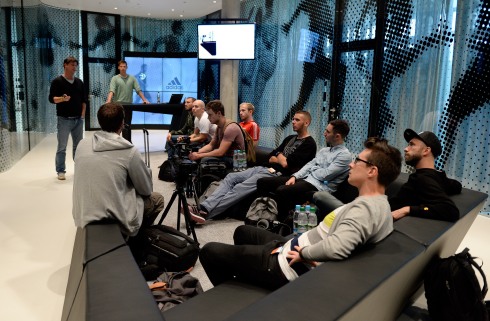 Here, the adidas science bods scan everything (and we mean everything, sort of) when a player comes to visit to be kitted out.

They use full-body scanners, gait-measuring treadmills and they can even create real life foot moulds of all their stars! 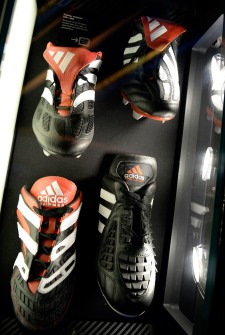 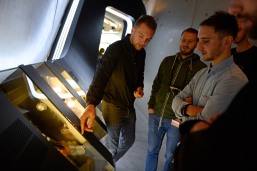 We were given Mesut Ozil and Robin Van Persie’s feet to hold. Very odd. 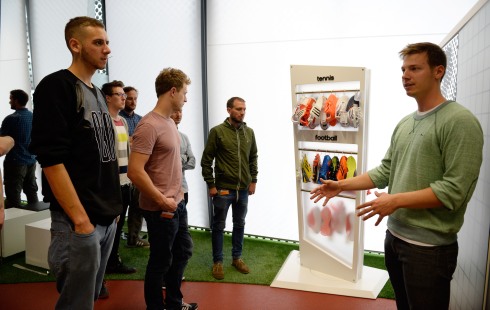 (We also found out that Dani Alves has size UK5.5 feet!)

But it was truly fascinating to see how much detail goes into creating the perfect fitting football boot for the top adidas players.

Our request to have our own Sport-locker.net made-to-measure Preds was swiftly rejected and we were shown the door….

However, not all was lost, as we were then kitted out in full Predator attire as we were next invited to try out the new Predator Instincts!

What’s more, they were the blackouts! Tikaboo, adidas… 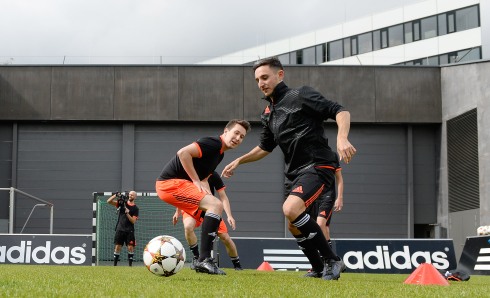 We’re still trying them out in match and training situations, so you’ll have to stay tuned for the full review soon.

In short, they are ruddy marvellous! 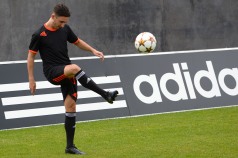 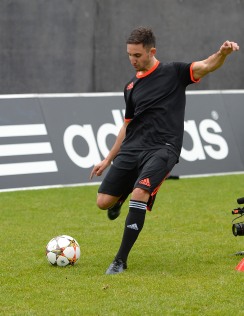 To conclude this waffle, trying out the Instincts was the icing on a very enjoyable cake out in Germany. We felt absolutely privileged to have been invited in the first place amongst the football boot heavyweights and it’s a trip we won’t forget in a hurry.

Something which could also be said of the night out that ensued!

What do you think of the adidas Predator Instinct? Let us know in the comments section below or on our Twitter and Facebook pages.