In June, adidas Football started a search for the world’s best “playmakers” and “gamechangers” at The Base, Berlin, during the UEFA Champions League Final.

Since then, #BETHEDIFFERENCE tournaments have sprung up in over 30 cities around the planet – New York, London, Paris, Shanghai, Tokyo, LA, Hong Kong and many more, as the football revolution spread the globe. 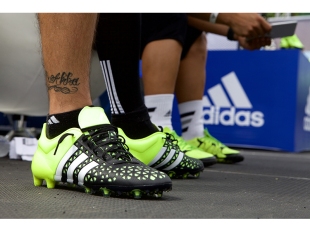 This week, the search for players who can truly #BETHEDIFFERENCE will come to an epic close, with winners from the local events competing in one final 2v2 tournament in Marseille on 27th August, attended by some of the world’s best footballers, including Oscar, Cesar Azpilicueta, Riccardo Montolivo, Phillipe Mexes, Javi Martinez and many more.

The event in the south of France will be hosted by freestyle footballer Sean Garnier and UK-based presenter Maya Jama. 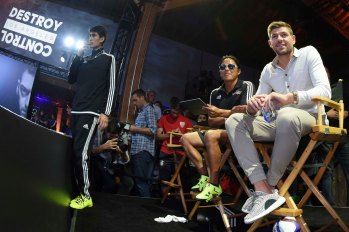 adidas have released the official preview video for the #BETHEDIFFERENCE final event highlighting the global reach of the tournament and its impact on football creators the world over.

Players from six giants of European football Manchester United, Real Madrid, AC Milan, Bayern Munich, Chelsea FC and Juventus will unite in this celebration of modern football and be on hand to crown the victors of the #BETHEDIFFERENCE World Finals.

What do you think of the #BETHEDIFFERENCE World Final? Let us know in the comments section below or on our Twitter and Facebook pages.