adidas have launched a global campaign introducing a cast of influencers from Rio de Janeiro, New York City, London, Moscow and Tokyo inviting runners to join the Energy Running trend taking over cities around the world. As a kick-off to the campaign, adidas has launched an online film called This is Energy Running. 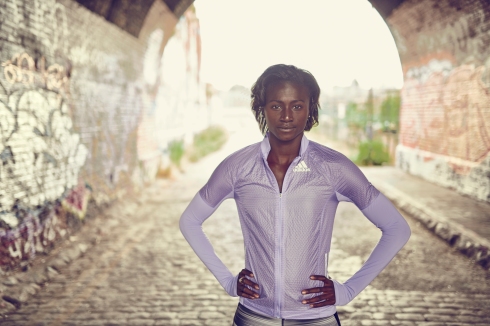 As experts in everything from ultra-marathons to short distances and fashion to fitness, Rachel Apollonio from Rio de Janeiro, London’s Sophie Christabel, Lindsey Calla from New York, Julia Korzh from Moscow and Tomomi Yuda from Tokyo represent the diversity of the Energy Running movement.

“Energy Running is more than lacing up and logging miles. It’s a sport-driven social movement that’s just as much about putting a smile on your face and earning a like on your feed as it is about breaking a sweat and beating your best,” said Adrian Leek, General Manager of adidas Running. “This strong roster of influencers along with our products, services and events focused on Energy Running connect us to female athletes with even more authenticity and credibility. We have a clear focus on who we want to reach and we’re taking a fresh new approach on how we reach them.”

Along with their broad range of backgrounds, the influencers were chosen based on their common passion for running and extensive online and in person audiences that reflect the rapidly growing number of females who look to running as a key part of their fitness routines.

“The female athletes we focus on are inspired by socially relevant peers they can easily relate to and aspire to be like which is why influencers will play such a significant role in our marketing campaigns moving forward,” said Leek. “We’ll rely on influencers in seasons to come for input on our product creation and support of our campaign execution as the voices our fans value most.”

Throughout the campaign, the brand will host a series of Energy Running events in key cities including Shanghai,

Join the adidas Energy Running movement by following @adidasrunning on Twitter or Instagram using #EnergyRunning and at facebook.com/adidasrunning.

What do you think of the adidas Energy Running movement? Let us know in the comments section below or on our Twitter and Facebook pages.