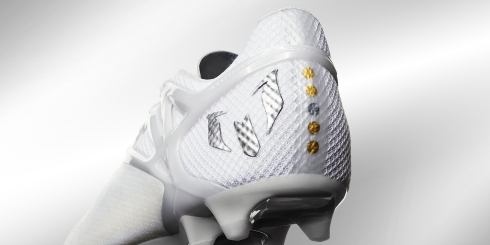 Today, Sport-locker.net can reveal that adidas has continued to honour the greatest player of all time by presenting Messi with a new platinum boot for the ultimate creator, containing real platinum elements, never seen before on a football boot.

Creators are athletes who seize every opportunity to redefine their sport.

They create for their squad, for their country, for the millions of fans who then try to recreate a never before seen piece of skill. It is their sense of self-belief which drives them to win, and to create the new.

Messi is the ultimate creator, and the platinum Messi 15 marks his other worldly achievements in football. Gold is for winners, platinum is for the greatest.

The platinum boot design is based on the current in-line Messi15 model and uses pearlescent Argentinian premium leather, enhanced with pure metallic platinum elements. The Messi logo and the adidas logo are both made out of real platinum, and the back of the boot is embossed with four gold and one platinum embellished dots to commemorate Messi’s record haul of Ballon d’Or titles.

The Spanish phrase found on the insole of the boot “el más grande de todos los tiempos” means “the greatest of all time”.

The signature Messi15 boot, the first unique boot made for a player by adidas, is designed for Messi’s iconic playing style which has seen him create some of the most celebrated moments in football history.

The Messi 15 is not for the goal scoring records, the trophies, or the praise. It’s designed for the close dribbling style that has seen Messi change the game forever. To create the moments that made fans gasp and defenders blush. 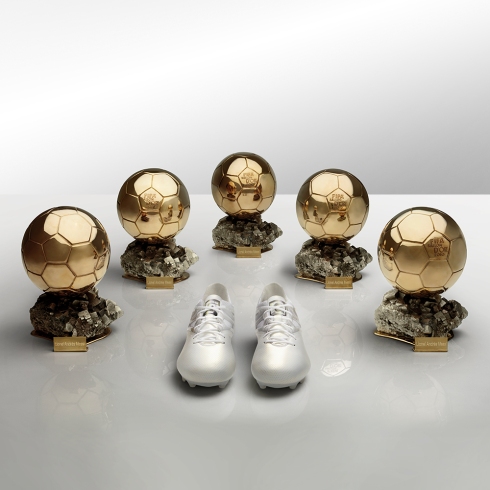 Winning football’s most coveted individual prize for an unparalleled fifth time has firmly established Messi’s position as the ultimate creator.

What do you think of the platinum Messi 15 football boot? Let us know in the comments section below or on our Twitter and Instagram pages.