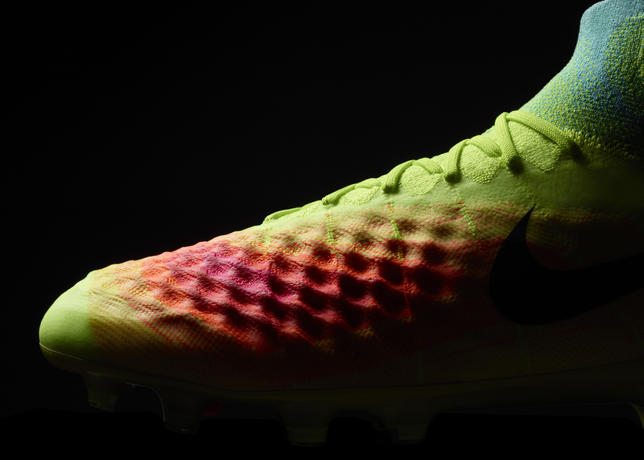 STOP WHAT YOU ARE DOING. Sport-locker.net have something very important to bring to your attention…

Nike Football have just launched the Nike Magista 2 – a boot whose design emphasises evolution in touch and traction thanks to advances in scientific testing and rapid prototyping! 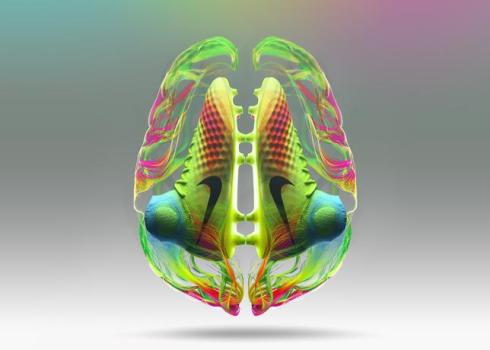 Nike Football designer Phil Woodman reimagined the original Magista silhouette – a design that, with its mid-height collar and Nike Flyknit Technology, changed the look of footwear and redefined feel and touch on the pitch – to further the boot’s tactility and tighten the gap between the brain and ball: 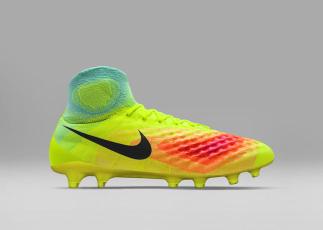 – 3D print tested upper featuring peaks and troughs of varying dimensions, a marked transition from the upper of the original which was uniform throughout. These peaks and troughs utilise the same amount of materials as the original Magista through the use of negative space, with the highest (4.5mm) in premium touch areas, aligned with where the foot should come in contact with the ball

– More anatomically contoured Dynamic Fit Collar, designed to accommodate the shape of the ankle bone while leveraging a thicker knit structure for additional coverage. The revamped collar dips lower on the tendon for comfort and the tongue-less solution now features light padding under the laces for coverage in this high contact area 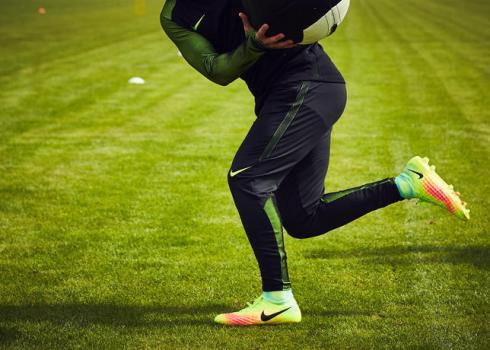 – For a more secure fit, the boot features an internal heel counter for enhanced lockdown while a Nike Grip sockliner maximises in-boot stability 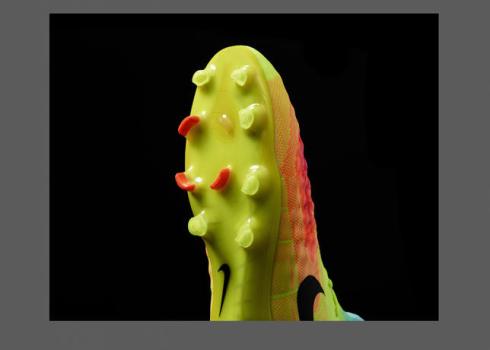 – Fluid colours adorning the Magista 2 reflect not only the heat map that guided its design, but also the smoother transitions througout the boots super, especially from collar to foot

The Magista 2 will be available July 24 via the Nike Football App.

What do you think of the new Nike Magista 2? Let us know in the comments section below or on our Twitter and Instagram pages.