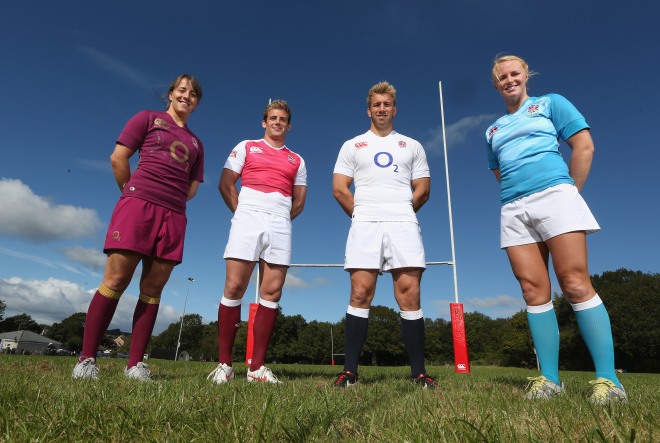 It’s the fusion of old and new this morning, as Sport-locker.net reveal the new Canterbury England rugby home and change kits – which will be worn by England’s men’s and women’s teams in both XVs and Sevens international matches this season!

Revealed at Drybrook RFC in Gloucestershire, a club that embodies community rugby, the new kit marks the beginning of a four-year partnership with the RFU. 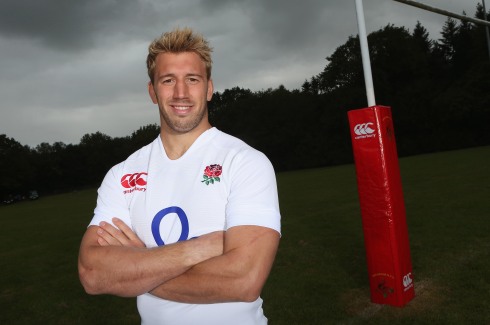 Combining the traditional styling that has been the mark of England Rugby since 1871, together with the technical construction that Canterbury is known for, the new home shirt provides a classic look that can withstand the very toughest of tackles.

The shirt demonstrates a ‘back-to-basics’ feel with an all-white design, complete with the iconic red rose emblem applied to the chest. To enhance the traditional look, the kit also features midnight blue socks, which return by popular demand for the first time since England’s summer tour of 2007. 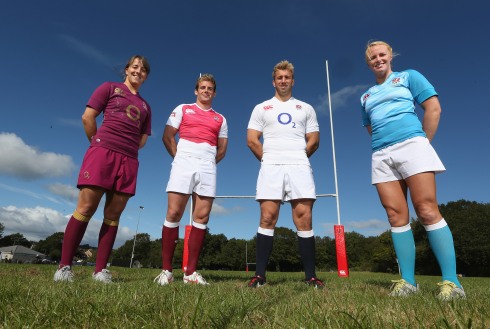 England Head Coach Stuart Lancaster requested that Canterbury’s inaugural England collection include an exclusive piece for England Senior Elite Players to represent the pride that comes from representing their country.

To this end, the iconic purple presentation jacket, which was worn by England players during the 70s, 80s and early 90s, has returned.

The tradition of the presentation jacket informs the eye-catching new change kit, which is styled in regal purple with gold detailing, reinforcing England’s position as a member of rugby royalty. 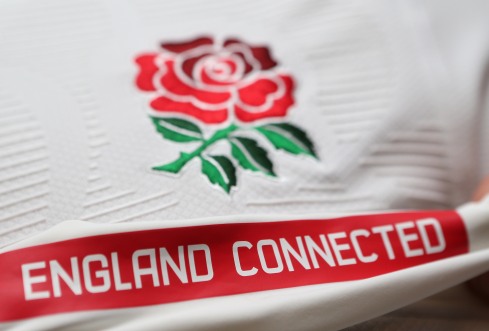 The kit will be available in the ‘Test’ edition, built to the exact specifications of Elite squad players, the ever-popular ‘Pro’ replica jerseys, the ‘Classic’ design, for those who prefer the simplicity of a traditional, collared rugby shirt, and a jersey fitted specifically for women, meaning that all fans have a choice of shirt to cheer the team on in style.

A full range of training and lifestyle clothing, including England specific editions of Canterbury’s popular Uglies range, and the exclusive, limited edition 1871 collection, completes the offering. 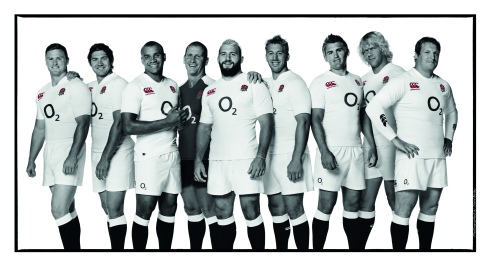 The new England Home kit from Canterbury is available to buy now.

The Rugby Football Union is the National Governing Body for rugby union in England and supports participants and fans from the grassroots to the national team. For more information visit www.rfu.com You can keep up to date with all RFU news onTwitter @Official_RFU

What do you think of the new England Rugby kits? Let us know via the comments section below or on our Twitter and Facebook pages.