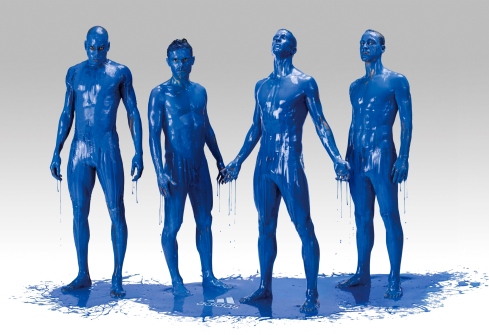 As the football season draws to a close, Sport-locker.net will soon be awash with new kit releases for next season.

And tonight, we’re graciously gobsmacked by Chelsea’s tease for their new home kit.

They’ve gone Avatar on us!!!

To celebrate the launch of their new jersey for the 2013/14 season, adidas has launched a bold new campaign – ‘It’s Blue, What Else Matters’ encouraging Chelsea fans across the globe to go ‘all in’ and buy the new 2013/14 home kit before seeing it!

To mark the occasion, adidas has created a hero film featuring some of Chelsea’s biggest stars and iconic imagery that will adorn the club for the forthcoming season.  The artwork and film illustrate the commitment and the lengths that the players will go for the club.

The 1.5 minute viral film that has been created for the campaign features Juan Mata, David Luiz, Gary Cahill and club captain John Terry. It starts with the journey of a single drop of blue liquid dominating the screen before cutting to a locker bleeding adidas’ iconic three stripes of blue liquid from its vent.

The anticipation builds when you see Terry’s feet being covered in blue and builds intrigue as a suspended barrel of the blue starts to slowly pour creating a wall of paint. As the music drops and the speed picks up, the film cuts to John Terry, Juan Mata and Gary Cahill, bear chested, sizing up the blue liquid in front of them.

John Terry is then pictured, falling back into a pool of the blue liquid, a scene that had to be shot in one take.

The locker that was bleeding the three stripes suddenly explodes over Juan Mata, who does not flinch such is his commitment to being blue. Gary Cahill walks through the wall of paint in a dramatic scene before the climax of the film which showcases David Luiz, unrecognisable but truly iconic as he bursts out of a vat of blue from where he was submerged. 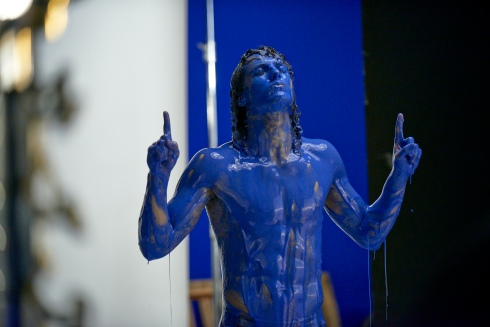 Each player spent two hours on set to create this epic piece of film and imagery showcasing their passion, love and commitment to the club. 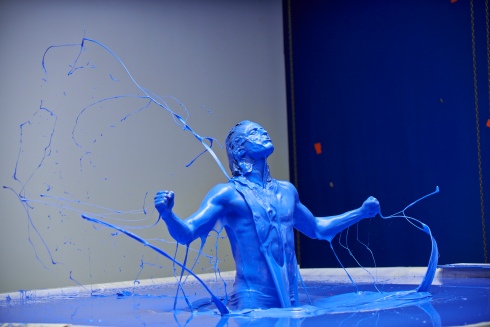 David Luiz “I have really enjoyed being part of this day, I would do anything for this club and to show my passion for being a Blue means everything to me”

Juan Mata “The blue is to belong to this club, as a player and a supporter” 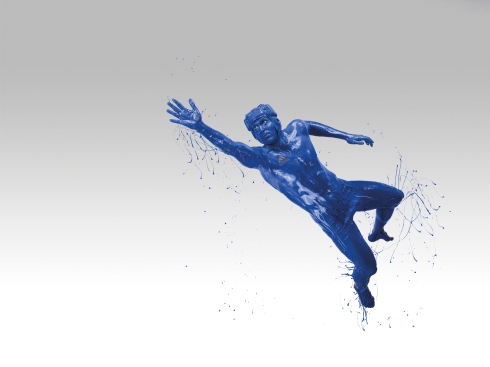 Petr Cech “I can say that painted in blue, It shows how blue I can be, Chelsea is a huge part of my life and Chelsea Football Club has become like my second family” 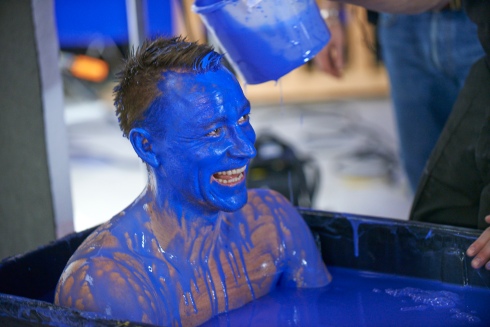 The campaign launches today and Chelsea fans will be able to explore the imagery throughout Stamford Bridge as Chelsea take on Sunderland on Sunday.

The kit will be revealed over the forthcoming weeks. To pre-order and show your ‘all in’ for Chelsea Football club, visit www.chelseafc.com/allin 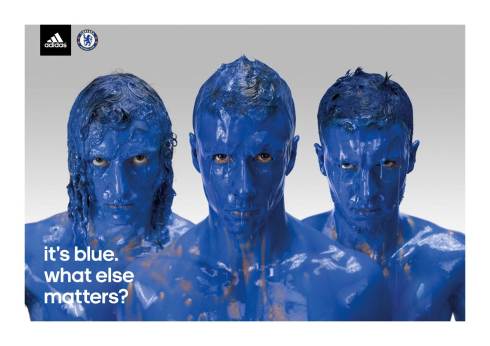 What do you think of the launch campaign? Would you buy a kit without seeing it? Let us know in the comments section below or on our Twitter and Facebook pages.