Sport-locker.net has yet another new kit release for you today after adidas and Chelsea revealed the new third kit for the forthcoming 2013/14 season.

Fresh from the successful launch of the new home shirt through the innovative “It’s Blue, What Else Matters” campaign, adidas have delivered a standout kit to be worn in select away fixtures across the 2013/14 season.

The new kit is designed to represent “the future of football” with sleek matte black-on-black prints lining a mesh panel which allows for optimal ventilation. The futuristic design is further complimented by the metallic silver three stripes which run down the sleeves and the black and silver finish to the club badge. 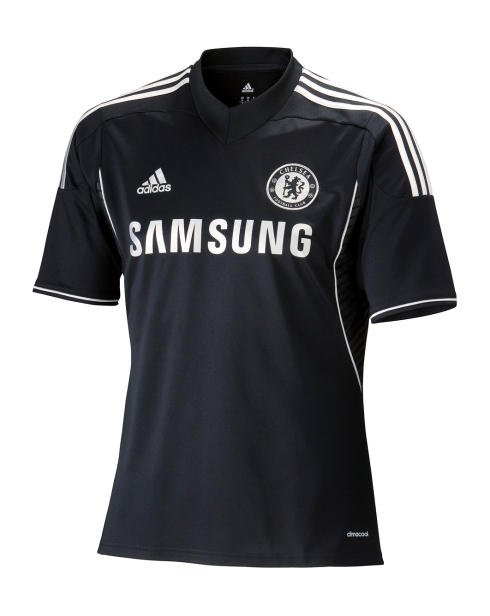 The new design continues a tradition of black-based kits manufactured by adidas for Chelsea, since taking over the contract in 2006. Black is a colour long associated with the club as the first kits featured black socks until 1959, with the first all-black away kit debuted in the 2002/03 season.

The traditionally-styled black kit features the latest adidas technologies to ensure that it gives the players an edge on the pitch: Visit www.chelseafc.com/allin to pre-order the new Chelsea third kit which launches in stores on 26th August 2013.

What do you think of the new adidas Chelsea 3rd kit? Will Chelsea win the Champions League next season? Let us know in the comments section below or on our Twitter and Facebook pages.