Posted on May 13, 2013May 22, 2013 by samsportlocker Posted in Features, Fitness, Maximuscle, Other sportsTagged Diary of ‘the already beefcake’, Maximuscle, Protein Project, sport-locker.net, weeks 5-8 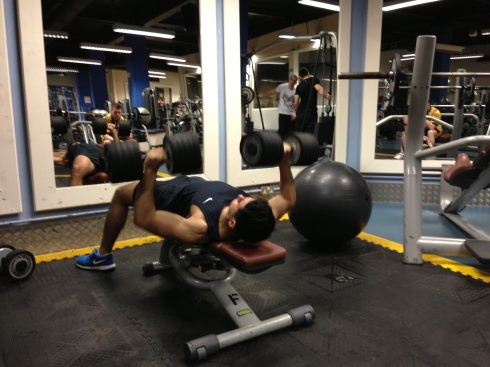 The Maximuscle Protein Project may be over for the three contestants, but Sport-locker.net are still powering on through with ours!

As you may have read already, two of our staffers have signed up to the 12 week challenge – ‘the gym newbie’ and ‘the already beefcake’.

We’re now two thirds of the way through the experiment and here’s how our in-house beefcake Aaron Coates fared in weeks 5-8:

So we’re now well and truly into gear with the Maximuscle Protein project and quite frankly, it couldn’t be going any healthier (excuse the pun!).

In the last 4 weeks we’ve increased the intensity of our training and I’m really starting to see some big changes – in terms of both body toning and general fitness. 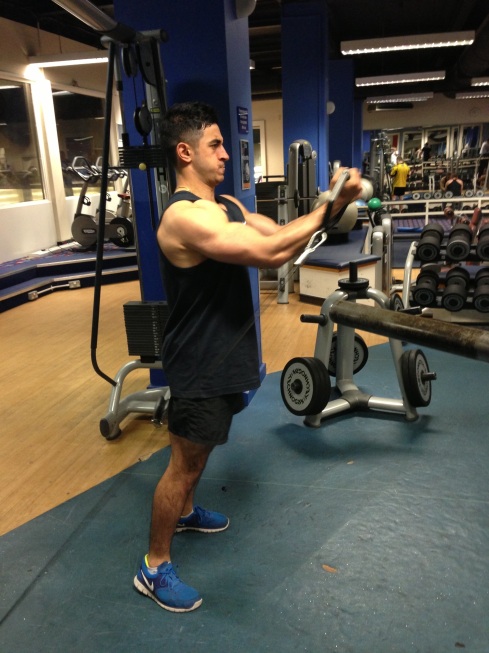 The average week has consisted of 4/5 weights sessions and 3 intense bouts of cardio. Having separated our weights days into a day of chest and bi’s; shoulders and tri’s; back/lats and abs; and a couple of general all round work outs, we have been meticulous in targeting specific areas. This has allowed enough time for recovery whilst other areas are being put through their paces.

The slight difference in these second set of 4 weeks is the addition of Pump Up +NO2 capsules, taken before each session to give us a bit of a buzz. Now I won’t lie, at first I was a bit sceptical about taking these, as the last thing I wanted was to be sent west and take a funny turn when trying to bench 110kg’s! However, I wasn’t as wired as expected and just felt ‘on it’ if that makes much sense?!

I found that they really helped on the early morning sessions, where being in the gym before 9am would have previously had a detrimental effect on my ability to lift big weight – and for a decent amount of reps!

In terms of how I look, I’m seeing the most amount of progress in my abs. Abdominal definition something I have always struggled to achieve and whilst my exercise intensity has increased, I think I’d be naive if I didn’t attribute a big chunk of the success to the lean grow supplement – having a Promax shake after each session really does seem to help! 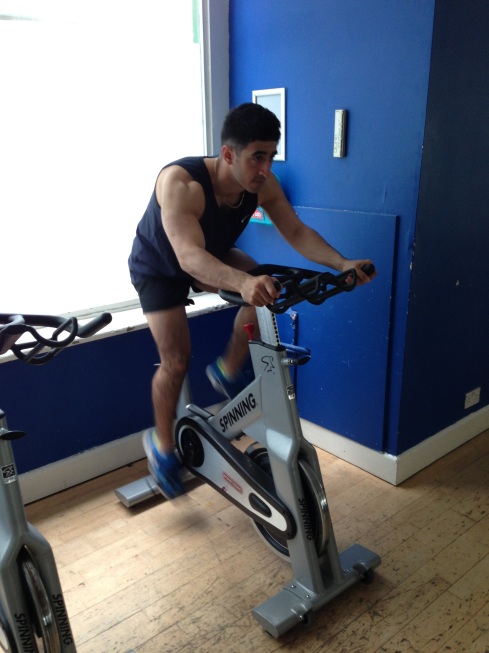 Without wanting to boast… Well ok, maybe a little – I recently became a Guinness World Record holder for my participation in the longest continuous game of 11-a-side football, playing for a whopping 72 hours!

It was the most draining activity I have every inflicted upon myself and with only 6 hours of sleep in 3 days, staying fresh was key!

One of the primary factors in staying as mentally alert as I could was the use of Maximuscle’s Viper Active gels. Acting as a stimulating boost, when I felt drained, they enabled me to get back on top of the fatigue.

I can’t say that I wasn’t completely goosed by the end anyway, but they undoubtedly provided short bursts of assistance when I most needed them.

Being on this project has also forced me to evaluate my diet with great scrutiny. A Personal Trainer I know has always drilled home to me that ‘no matter the supplement…’ (and these are very good supplements) ‘… a good diet is an essential part of the process!’

I’ve always cooked healthy dinners, this has not been a problem but I’ve sometimes let myself down with insubstantial lunches. As part of this project I’ve made it my business to get proactive and prepare lunches that would allow me to train to my maximum potential later in the evening. 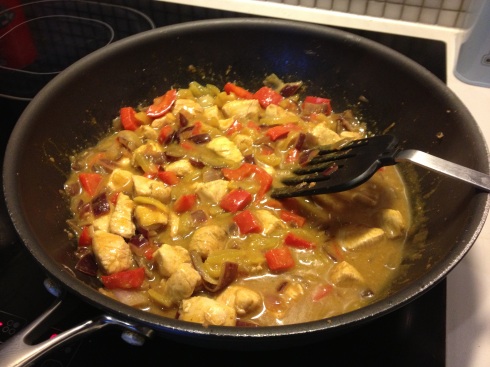 A basic example of this: Chicken, veg and boiled eggs followed by a healthy portion of fruit. This allowed me to obtain a perfect balance of alkaline (veg) and acidic (protein and wheat) based foods.

Working alongside the lean grow protein shakes, I’m well on the way to a completely toned, athletic physique! Here’s to a momentous push for the final 4 weeks! Who’s with me?!

So what do you think of Maximuscle’s Protein Project? Are you taking part? Let us know in the comments section below or on our Twitter and Facebook pages.

One thought on “Maximuscle Protein Project Weeks 5-8: Diary of ‘the already beefcake’”