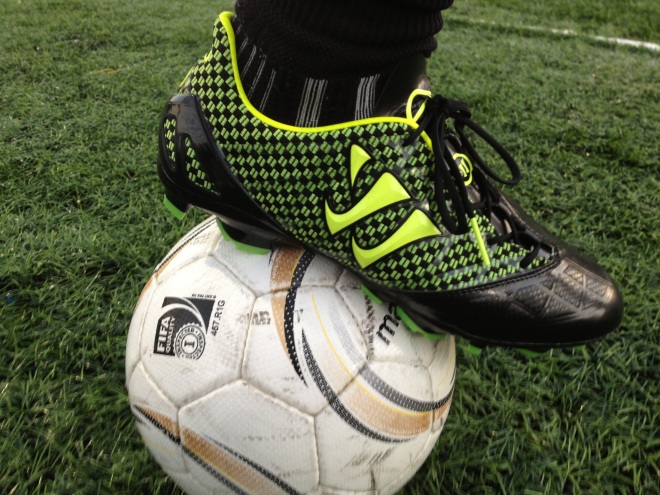 As brands go, Warrior are still a relative newbie in the footballing world, but certainly one that should not be ignored…

Duking it out head to head with new releases like the Nike Hypervenom and adidas Nitrocharge, it seems as though Warrior have shown their hand with the new Gambler boot!

Have they managed to deliver the ace in the pack though?

Sport-locker.net threw our dealer, Aaron Coates, into the mix to see if they were worth the wager:

Seemingly hitting the ground running with their Skreamer boot (as reviewed earlier in the year), Warrior latest attempt appears to have continued in the same vein of positive form.

Focusing firstly on their again distinctive look, the Gambler is not a boot that will just pass by the wayside unnoticed. It seems as though Warrior aren’t trying to bluff anyone with a boring and safe style.

They have gone all out with a unique lime chequered mesh, designed to really stand out on the shelves. It’s undoubtedly eye catching and a statement of intent, but fair play. Were we really expecting anything less from a boot named the Gambler?!

Other than the colouring aspect, a big part to the look and feel of this boot is its instep. Warrior have aptly named this the Ace plate, incorporating specific plating to improve passing accuracy and give a more controlled feel.

This seems to be high on the priority list of the boot and has even found its way into their main fold of advertising, with the main slogan being – ‘time to take control back!’ Being completely honest, I’m fairly torn by the look.

I like the boldness and emphasis on increasing control, however the mix of part synthetic / part leather upper just leaves me feeling that the boot is trying to hover somewhere in between, instead of going full blown in either direction.

That said they are an extremely comfortable boot. I’d say they were more aimed at someone with a fairly long and narrow foot, however the width is relatively accommodating.

In terms of maintaining the pristine finish of these boots, it’s evident that there are a lot of different facets to look after.

The waterproofing aspect of the chequered mesh side gets the thumbs up as my feet stayed fully dry in less than ideal conditions; however a few small scuffs were evident after minimal wear but I’m sure these will come out with a bit of a buff up though.

Also, in spite of the loaded feature set most commonly associated with heavy boots, they are surprisingly light weight (235g) and low-profile. The 14 stud configuration gave me excellent purchase on firm ground without being in any way harbouring of movement. Something people might not expect of a boot with so much going on underneath.

Furthermore, in eliciting the services of Tom Ince as their main poster-boy for the boot, I can’t make up my mind whether this will help or hinder the sale of the boot.

Yes, Ince is ‘exciting and one for the future,’ is maybe the thinking behind this decision.

However, in him failing to secure a January move to the Premier League, Warrior are left with only the top tier names of Marouane Fellaini and Vincent Kompany to wear their product – Something I’m not so sure gives the correct message about these boots. 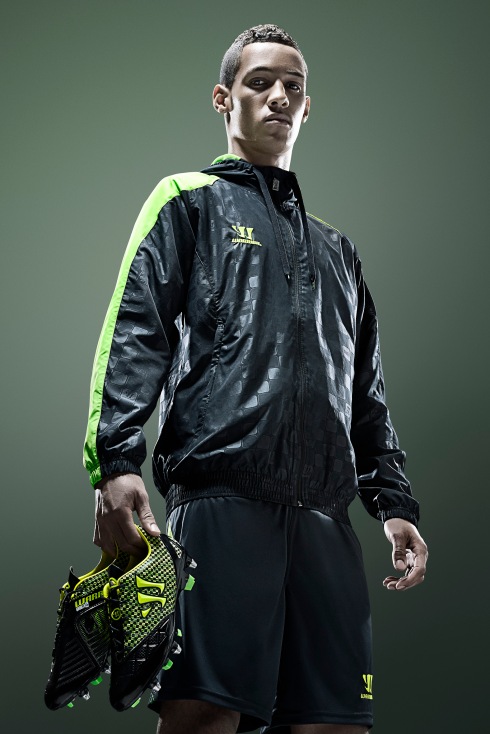 My honest opinion is that they suit an attack minded, nippy, cutting in off the wing-type player who values distribution as opposed to a midfield or defensive enforcer?

I do however think they will have no problem eventually promoting this boot on the world’s biggest stages. Pricing it well below rivals like the CTR360’s, it’s undoubtedly a winner and well worth taking a punt on!

What do you think of the Warrior Gambler football boot? Let us know in the comments section below or on our Twitter Facebook pages.