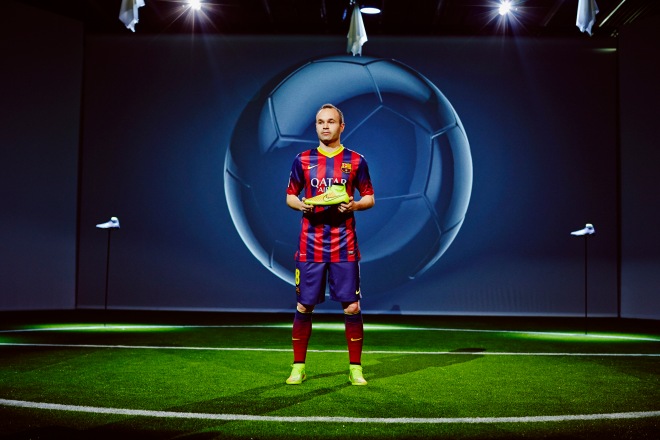 And here’s an interview with its leading ambassador, the midfield magician that is Andres Iniesta…

Fresh from Madrid … how about the game last night, are you happy with the victory?

Yes, I’m feeling very happy.  It is important to win against a team like Italy and it’s was a great way to prepare for the World Cup.

And with a goal, which came from your heel, right?

It was a quick move and sometimes these fast situations only allow a few touches, as I mentioned this victory left a good taste in our mouth.

You made the dream come true of young soccer fans everywhere in the world by scoring the winning goal for your country in the last world cup. Tell us about that experience?

It’s the utmost feeling of happiness, joy, and pride when scoring the winning goal for your national team. Very few teams have achieved this and to share this with your fellow teammates as world champions is special, and we’ll need to defend that title this year.

Can Spain win another title?

Well, we have the intention of winning once again and taking things one step at a time recognizing that it will be a very challenging World Cup. We need to have confidence and believe we can do something great again.

You’ll wear the Magista in Brazil, when you first saw it what did you think? That is a totally different boot to anything we’ve seen before?

It is unlike anything we’ve seen, and the boot for me is new and different from everything I have worn until now. I have been very pleased with the whole process and hope to create great memories in them.

You have been testing the boot for quite a while, correct?  What’s the process like? How is it working with Nike?

There is a specific process in innovation, and as I have mentioned this is completely different from anything I have ever worn.  I’ve tested the shoe these past several months and the feel has been very comfortable. Comfort is very important as it improves the touch of the ball and keeps it close. Comfort provides a positive experience overall.

The designers have spoken that input from the players is very important. With your involvement in the process, do you remember one time you said, hey this does not work or I really like this specifically…that directly impacted the process?

Honestly, everything. Because this is such a new boot that molds perfectly with your foot, the sock makes it that much more comfortable. The main difference with this boot versus boots from the past is that this literally fits like a glove. That innovation specifically has been extremely positive for me. In fact they say it is a boot designed for creative players, those who play and make plays happen.

I wanted to ask you specifically to what extent do you think the boot can help in your particular game?

Well I think it’s very important. It is important that the players feel comfortable and the boot feels good when you touch the ball, when driving and when passing the ball.  In this case, you get what you’re looking for.

Tell us about your role as a creative player that plays and makes plays happen. What are your responsibilities on the field?

My role on the field is not to only  to have the ball but to combine and organize the game and then pass the ball … and in that sense this boot is so comfortable and therefore a very positive experience. 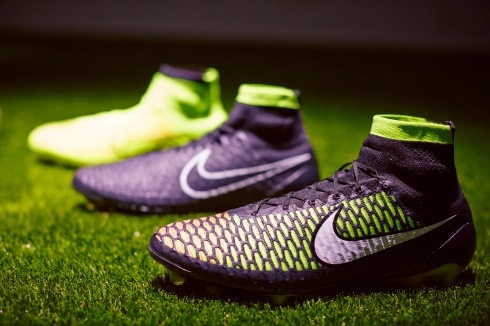 Tell us about your inspiration? I know you had photos of Michael Laudrup, right? Any others? I know that this has helped you conceptualize that game.

Well I’ve always said that my idols have always been Guardiola and Laudrup, and in that sense I think there are no better players who reflect that style of play.

Above all Laudrup is elegance, elegance in the way you move, pass and play football. … I think is that if today I had the opportunity to play with a boot I think this would be very appropriate given its qualities.

You mention Guardiola and Laudrup as you idols? How do you feel when you see that there are children out there that look at you as their idol?

It’s a different feeling I had never thought of, but it’s nice. It’s nice to be noticed, but we as footballers have a lot of responsibility in providing a positive example  for  children. We have many responsibilities outside of just playing football which is nice.

This season, Barcelona is in the finals of La Copa del Rey, second in La Liga, the next leg with Manchester City is on track, what are your hopes from here until the end of the season?

Well the expectations are high, we are a part of three competitions with options, every season is what you want and therefore you have to have the desire, power and motivation to win titles and that’s the best right? We will fight to get them in the end.

I imagine that especially satisfying was the win against Manchester United, since everyone considers them a very complicated rival… Barcelona played really well.

Yes, we’ve won the first round, but it still remains terribly difficult.

I wouldn’t want anyone to think that we have it made especially when there are still 90 minutes left to play against a very very difficult opponent with great players. If  we want to be in the next round we need to play a near perfect match. 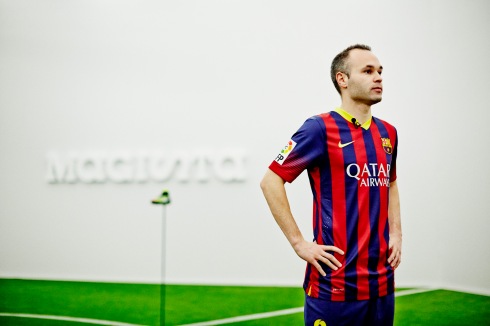 But isn’t it hard not to think this? You have the goal advantage. Is it difficult to think, we are almost there?

No, it is not difficult, because you know the opponent in front of you, you know that in football it isn’t over until it’s over. So from here on out,  I think we have to focus on playing a great game with little errors and not lose sight of getting to the next round.

Before concluding I wanted to get your thoughts around the announcement that this will be the last season for Carles Puyol with FCB.

The news wasn’t pleasant especially for the public. Carlos leaving is difficult, not only as a player but also as a person, and well I will try to end this season in the most successful way possible.  For me personally, no one represents as much as he does in the game currently. 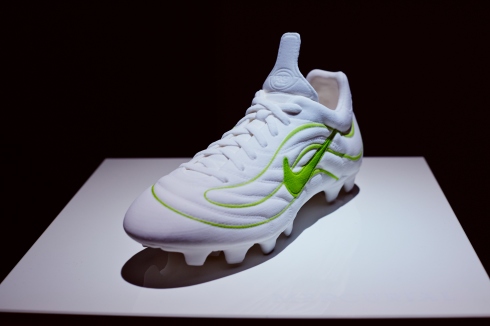 What do you think of the Nike Magista? Let us know in the comments section below or on our Twitter and Facebook pages.